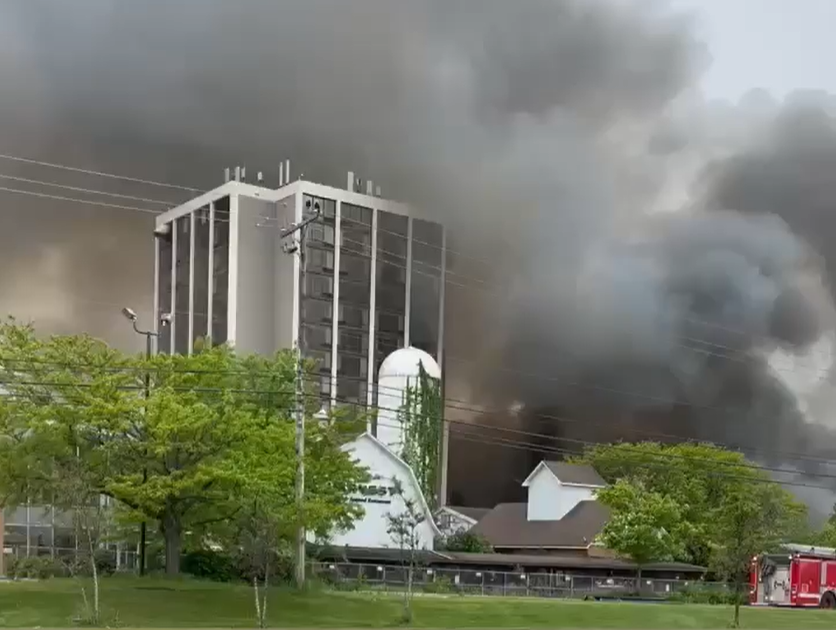 According to a statement from the city of St. Charles, the fire at the former Pheasant Run Resort in St. Charles was extinguished on Sunday, although a single fire unit remained on station to control a few remaining hot spots.

The damage from the fire was extensive. The main lobby of the resort was destroyed, as were Bourbon Street, and three full wings of hotel rooms.

The Federal Bureau of Alcohol, Tobacco, Firearms and Explosives, and the Office of the State Fire Marshall have been called in to perform an investigation in concert with the St. Charles Police Department and the St. Charles Fire Department.

The investigation is expected to last weeks.

Two units from the St. Charles Fire Department are still on the scene of the large structure fire that broke out yesterday at the former Pheasant Run Resort, 4051 E. Main St./IL Rt. 64 in St. Charles. The fire has been extinguished, but firefighters are expected to remain on site throughout the night, putting out several hot spots. The fire was contained to the center structures of the complex.