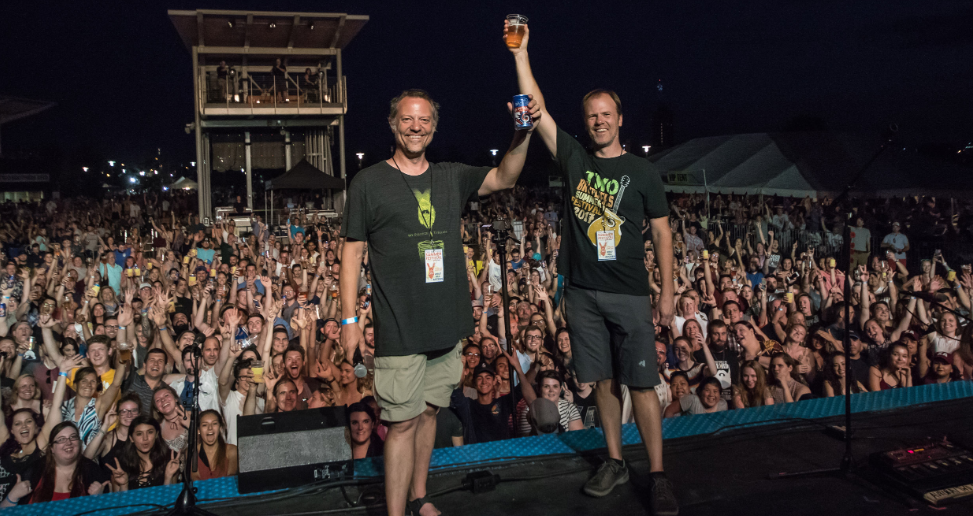 A lot has changed since 1996, when brothers Jim and Jason Ebel decided to follow their passion and do something very few in the country had tried. They opened a craft brewery. Now, 25 years later, that two-man passion project has grown into a lifestyle brand that includes craft beer, specialty coffee, handcrafted spirits and artisan restaurants.

Along the way came hundreds of beers and almost as many awards that helped shaped the Chicago craft beer scene into what it has become.

“It’s amazing to see how far the craft beer segment has come since we started Two Brothers,” said Two Brothers co-founder, Jason Ebel. “There were just a handful of breweries in the Midwest. Now the Chicagoland area has a huge, vibrant, craft beer scene that rivals anywhere in the world.”

But some things remain the same as Two Brothers Brewing Company approaches its 25th Anniversary. Just like those early days, Two Brothers remains 100% family owned, independent, and committed to their values and their community. They continue to create high-quality, diverse, well-designed products that push the boundaries of innovation.

“My brother and I still get excited about coming up with new products and seeing them come to life,” said Ebel. “Of course, the best part is when they are ready to enjoy with friends and family.”

With that in mind, Two Brothers will commemorate its 25th Anniversary with what it does best: release new products, re-release a few beers from the past, and throw a big party to celebrate.

These new products include the new 25th Anniversary Mixed 12-Pack.

The variety 12-pack – currently available at both Two Brothers locations as well as throughout the Chicagoland area – contains three cans of these four beers:

Finally, to celebrate 25 years of Chicago Craft Beer, Two Brothers will be throwing an anniversary party at the historic Two Brothers Roundhouse in Aurora, IL.

The party is totally free to attend and will showcases Two Brothers’ history, new releases and live entertainment, including:

For more information regarding Two Brothers and its 25th Anniversary, visit TwoBrothersBrewing.com.