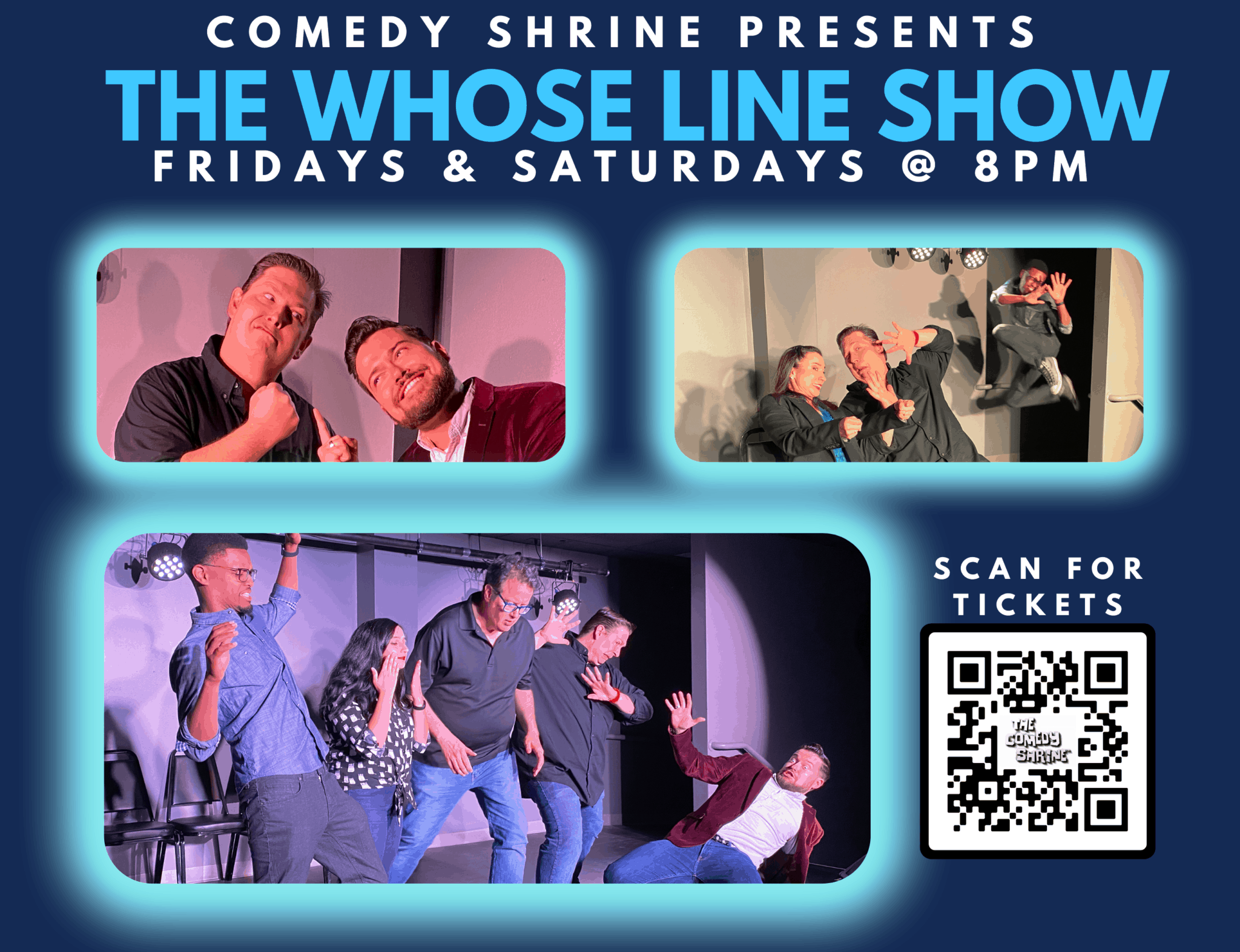 If you like your comedy fast and funny—you’ll love The Comedy Shrine’s “Whose Line Show.”

Watch as the cast performs immediate side-splitting skits, hilarious musical numbers, and much more, all on the spot based on your suggestions. All shows are sure to please and are completely original!

The Comedy Shrine is located at 2228 Fox Valley Center Dr in Aurora.