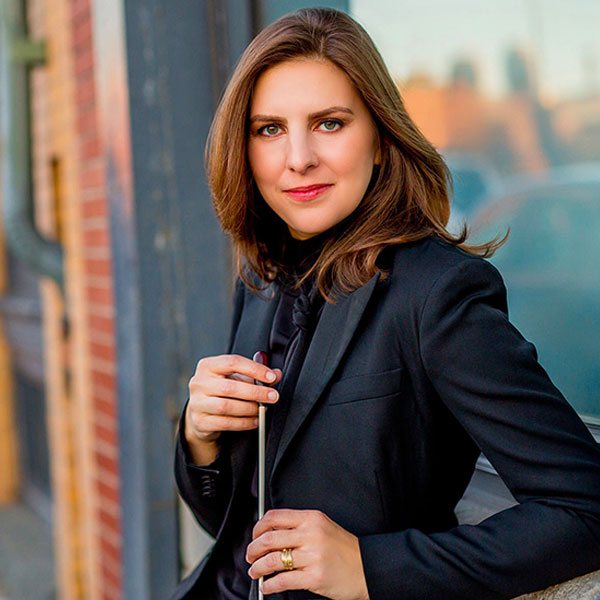 The Elgin Symphony Orchestra will be performing Brahms’ Symphony #2 (the “pastoral”) on Saturday and Sunday at The Hemmens Cultural Centre in Elgin.

Also on the program is The Overture to Der fliegende Holländer (The Flying Dutchman) by Richard Wagner and Clara Schumann’s Piano Concerto, op.7, A minor, performed by guest artist Schaghajegh Nosrati.

The guest conductor for the perormances will be Russian-American conductor Lidiya Yankovskay, who has conducted more than 40 world premieres, including 16 operas, and her strength as an innovative and multi-faceted collaborator has brought together the worlds of puppetry, robotics, circus arts, symphonic repertoire, and opera onstage.

Johannes Brahms labored mightily at his first symphony, taking some twenty odd years and much self-doubt to finish it. As the story famously goes, he was all too aware of working in Beethoven’s shadow, writing once to a friend “you have no idea what it feels like to have him marching behind you.” When the symphony finally saw the light of day in 1876, one wag called it “Beethoven’s Tenth”, and its grandiose, rugged, meat-and-potatoes style placed its forty-three year old composer firmly in the great Austro-German tradition of symphonic writing.

Brahms must have gained considerable confidence from the experience, for it was not long before he again plunged into symphonic writing. This time, most of the Second Symphony was dashed off in the summer of 1877 while the composer was sting in the little Austrian resort village of Portsach. The work was completed in the fall and received its premiere with the Vienna Philharmonic in December of the same year.

It was not long before the new symphony began to be called Brahms’ “pastoral” symphony, a designation used by many commentators since. Compared to the stormy minor key quality of the First Symphony his new work did seem relatively sunny and lyrical. That said, however, it should be said that the Second Symphony is a work of considerable grandeur and complexity in its own right, and that Brahms, even at his sunniest, often reveals the melancholy side of his nature.

Performances are at 7:30pm on Saturday and 3:00pm on Sunday. Tickets are available here.