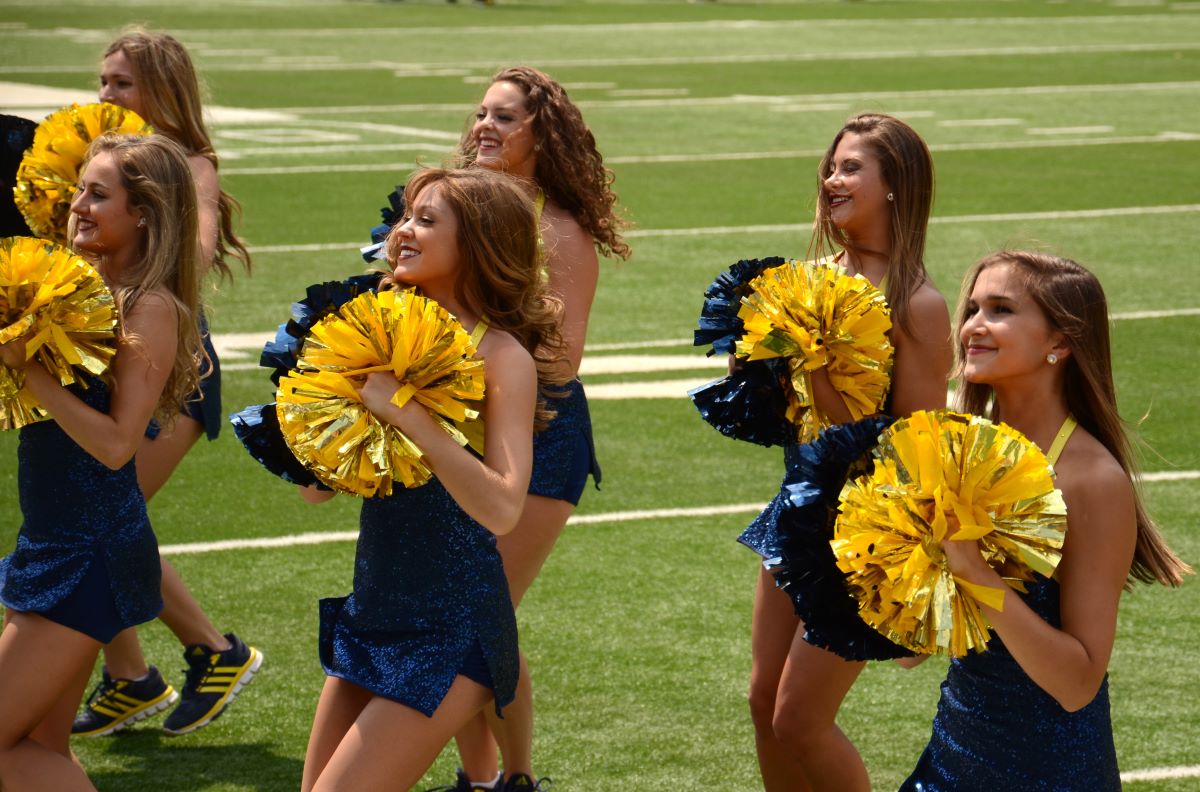 (The Michigan defensive line preparing to begin the second half against Georgia Friday evening.)

The Presidents of all Big Ten Conference schools called an emergency meeting Friday night after witnessing a shocking resurgence of the dreaded “Harbaugh Variant.”

“In the interest of the Big Ten Conference, its students, staff and alumni, and all that is holy, we must act,” he said between sobs.

“Effective immediately, we are enacting a post-season quarantine of the University of Michigan’s football program up to and until the dreaded Harbaugh Variant is eradicated from the planet once and for all.”

“We’ve seen enough carnage,” he added before slumping to the floor in a fetal position.

The Harbaugh Variant is named after Michigan head football coach Jim Harbaugh, who has led the team since 2015. The disease manifests itself by inducing a chronic inability to beat main rivals or ranked teams, while becoming uniquely debilitating in post-season play, which typically results in humiliation and ridicule for the team itself and the conference whose brand is crushed with each annual outbreak.

A surprising victory over arch-rival Ohio State this year spurred hopes that the variant was finally running out of steam, but Friday’s utter disgrace of a performance against a wildly over-ranked Georgia squad in the national semi-finals quashed any hopes that recovery was in sight.

After the game, Harbaugh was asked about the Big Ten’s action. “I like turnips,” he responded, while walking into a janitor’s closet.