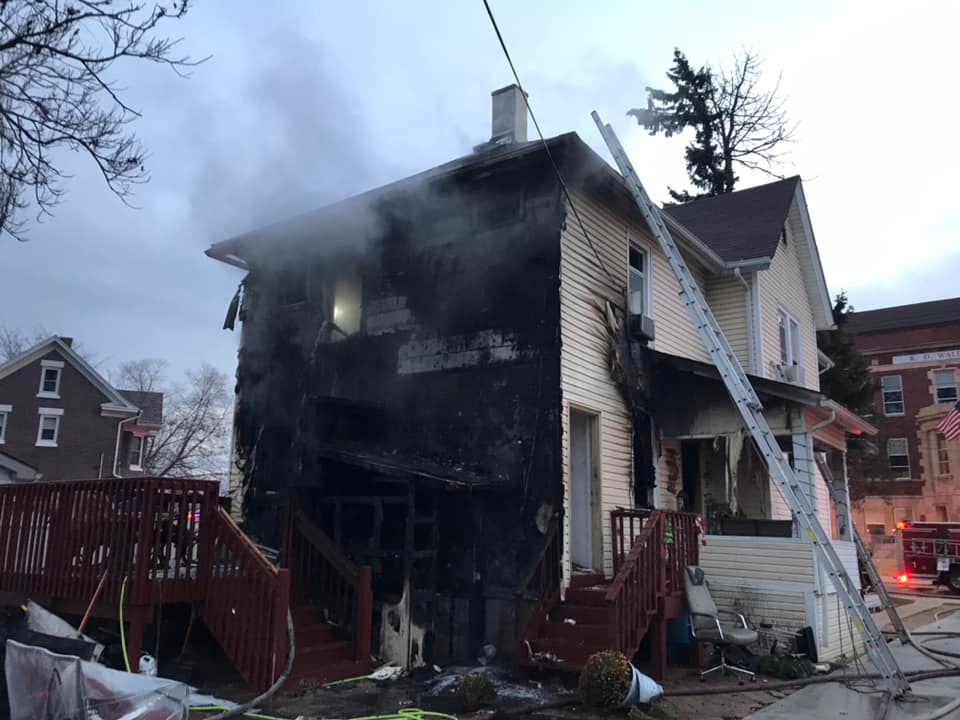 At approximately 6:12 a.m. on Saturday, Aurora Central Dispatch received a call for a reported structure fire in the 0-100 block of Jackson Street with people trapped.

Aurora Police officers arrived on the scene and found a 2-story multifamily home with heavy fire showing from the rear of the structure. The officers also found several residents hanging out of two windows in the front of the building on the second floor, with heavy smoke rapidly overtaking them. The officers found a ladder in the backyard, which was used to rescue five victims.

Upon the arrival of fire crews, an Engine Company deployed hose lines and began extinguishing the fire while firefighters from the Truck Companies and later arriving engine companies began a search for additional victims. The initial arriving Medic Units began treating four of the five victims who were rescued by police.

While searching for additional victims, firefighters found an adult male unconscious and not breathing in the basement. The victim was removed to the driveway, where firefighters and Aurora Police Officers started treatment. The patient was then moved to an ambulance and transported in critical condition to an area hospital.

Firefighters remained on the scene for over an hour, searching for and extinguishing hidden fire within the structure’s walls. A total of five people were treated and transported by paramedics to the hospital.

A total of eight people were displaced because of the fire, and Victim Services was contacted to assist. The cause of the fire is under investigation by Aurora Police Department Arson Investigators and Aurora Fire Department Fire Investors, with assistance from the Office of the State Fire Marshal. If you have any additional questions regarding the investigation, please contact the Aurora Police Office of Public Information at pio@apd.aurora.il.us.