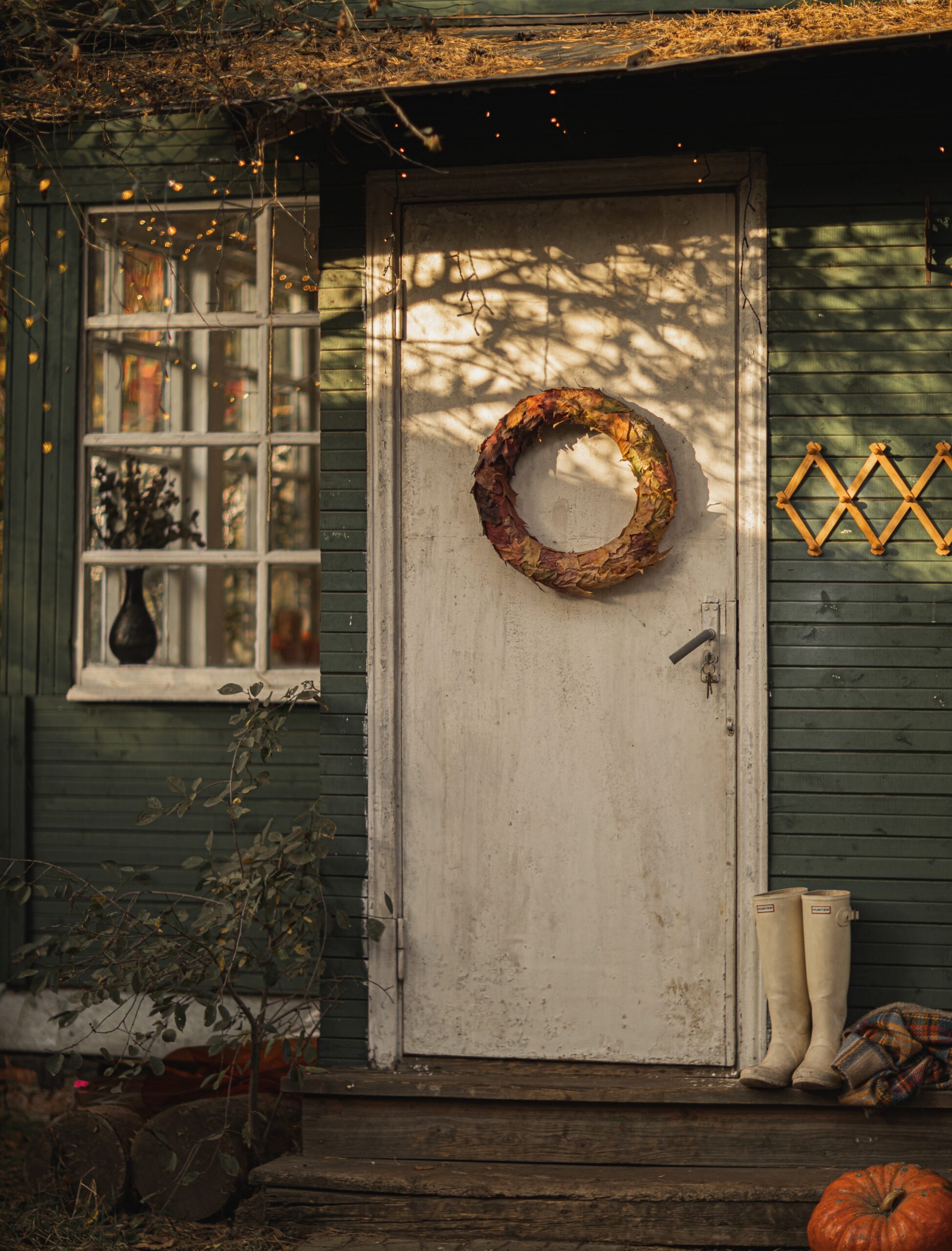 Thanksgiving, especially in the Midwest, is a unique, and supremely American, holiday.

Drenched in tradition, the holiday harkens back to the time of the Puritans and the Plymouth Rock settlement, when it was largely a celebration of the harvest (although the Puritans could make every occasion religious of course).

The element of giving thanks to God for our blessings took root as the pilgrims became settlers, and then colonists, and then a nation.  The first Presidential Proclamation of a “day of thanks-giving and prayer” was issued by President Washington in 1789, the birth year our Constitution.  In it, Washington was explicit in characterizing the holiday as religious in nature.  So much so, in fact, that none other than his successor as president and fellow Founding Father Thomas Jefferson would become the only President to reject Thanksgiving as an official holiday, so deeply did its religious undertones offend his devotion to the principle of separation of church and state.

Whereas it is the duty of all Nations to acknowledge the providence of Almighty God, to obey his will, to be grateful for his benefits, and humbly to implore his protection and favor, and Whereas both Houses of Congress have by their joint Committee requested me “to recommend to the People of the United States a day of public thanks-giving and prayer to be observed by acknowledging with grateful hearts the many signal favors of Almighty God, especially by affording them an opportunity peaceably to establish a form of government for their safety and happiness.”

Now therefore I do recommend and assign Thursday the 26th day of November next to be devoted by the People of these States to the service of that great and glorious Being, who is the beneficent Author of all the good that was, that is, or that will be. That we may then all unite in rendering unto him our sincere and humble thanks, for his kind care and protection of the People of this country previous to their becoming a Nation, for the signal and manifold mercies, and the favorable interpositions of his providence, which we experienced in the course and conclusion of the late war, for the great degree of tranquillity, union, and plenty, which we have since enjoyed, for the peaceable and rational manner in which we have been enabled to establish constitutions of government for our safety and happiness, and particularly the national One now lately instituted, for the civil and religious liberty with which we are blessed, and the means we have of acquiring and diffusing useful knowledge and in general for all the great and various favors which he hath been pleased to confer upon us.

And also that we may then unite in most humbly offering our prayers and supplications to the great Lord and Ruler of Nations and beseech him to pardon our national and other transgressions, to enable us all, whether in public or private stations, to perform our several and relative duties properly and punctually, to render our national government a blessing to all the People, by constantly being a government of wise, just and constitutional laws, discreetly and faithfully executed and obeyed, to protect and guide all Sovereigns and Nations (especially such as have shown kindness unto us) and to bless them with good government, peace, and concord. To promote the knowledge and practice of true religion and virtue, and the encrease of science among them and Us, and generally to grant unto all Mankind such a degree of temporal prosperity as he alone knows to be best.

While Thanksgiving was a regular feature of autumn in American, it was not until 1863, just after the turn of the Civil War at the Battle of Gettysburg, that the precedent of the last Thursday of November being designated a national holiday of thanksgiving was set.

(In Ken Burns’ magnificent documentary The Civil War, he recounts a charming story of that first official Thanksgiving during the Siege of Petersburg, just outside of the Confederate capital of Richmond. He described how the Union troops were given special rations of fresh meat and liquor in honor of the occasion, and how the besieged Confederates, suffering under the siege conditions, nevertheless held their fire all day “out of respect for the Union holiday.”)

Interestingly, Lincoln may never have established the official holiday were it not for the stubborn entreaties of a one Sarah Josepha Hale.

Mrs. Hale is known for her work as editor of Godey’s Lady’s Book, and as the author of Mary Had a Little Lamb. Mrs. Hale also played a very large role in making Thanksgiving Day an annual national holiday.

In 1827, as editor of Boston’s Ladies’ Magazine, she began to write essays calling for the national holiday. In 1846, now as the editor of Godey’s Lady’s Book, Mrs. Hale launched a letter-writing campaign to support her cause. Finally on September 28, 1863, she wrote directly to President Lincoln, asking him to use his powers to create the holiday. Her 36-year quest was finally fulfilled.

By the President of the United States of America.

The year that is drawing towards its close, has been filled with the blessings of fruitful fields and healthful skies. To these bounties, which are so constantly enjoyed that we are prone to forget the source from which they come, others have been added, which are of so extraordinary a nature, that they cannot fail to penetrate and soften even the heart which is habitually insensible to the ever watchful providence of Almighty God. In the midst of a civil war of unequalled magnitude and severity, which has sometimes seemed to foreign States to invite and to provoke their aggression, peace has been preserved with all nations, order has been maintained, the laws have been respected and obeyed, and harmony has prevailed everywhere except in the theatre of military conflict; while that theatre has been greatly contracted by the advancing armies and navies of the Union. Needful diversions of wealth and of strength from the fields of peaceful industry to the national defence, have not arrested the plough, the shuttle or the ship; the axe has enlarged the borders of our settlements, and the mines, as well of iron and coal as of the precious metals, have yielded even more abundantly than heretofore. Population has steadily increased, notwithstanding the waste that has been made in the camp, the siege and the battle-field; and the country, rejoicing in the consciousness of augmented strength and vigor, is permitted to expect continuance of years with large increase of freedom. No human counsel hath devised nor hath any mortal hand worked out these great things. They are the gracious gifts of the Most High God, who, while dealing with us in anger for our sins, hath nevertheless remembered mercy. It has seemed to me fit and proper that they should be solemnly, reverently and gratefully acknowledged as with one heart and one voice by the whole American People. I do therefore invite my fellow citizens in every part of the United States, and also those who are at sea and those who are sojourning in foreign lands, to set apart and observe the last Thursday of November next, as a day of Thanksgiving and Praise to our beneficent Father who dwelleth in the Heavens. And I recommend to them that while offering up the ascriptions justly due to Him for such singular deliverances and blessings, they do also, with humble penitence for our national perverseness and disobedience, commend to His tender care all those who have become widows, orphans, mourners or sufferers in the lamentable civil strife in which we are unavoidably engaged, and fervently implore the interposition of the Almighty Hand to heal the wounds of the nation and to restore it as soon as may be consistent with the Divine purposes to the full enjoyment of peace, harmony, tranquillity and Union.

In testimony whereof, I have hereunto set my hand and caused the Seal of the United States to be affixed.

Done at the City of Washington, this Third day of October, in the year of our Lord one thousand eight hundred and sixty-three, and of the Independence of the United States the Eighty-eighth.

By the President: Abraham Lincoln

As they are wont to do, presidents ever since have taken advantage of the holiday to pontificate and speechify:

“As we have grown and prospered in material things, so also should we progress in moral and spiritual things. We are a God-fearing people who should set ourselves against evil and strive for righteousness in living, and observing the Golden Rule we should from our abundance help and serve those less fortunately placed. We should bow in gratitude to God for His many favors.” – Calvin Coolidge, 1925

“It is a good thing to give thanks unto the Lord.” Across the uncertain ways of space and time our hearts echo those words, for the days are with us again when, at the gathering of the harvest, we solemnly express our dependence upon Almighty God.

“The final months of this year, now almost spent, find our Republic and the Nations joined with it waging a battle on many fronts for the preservation of liberty.” – FDR, 1942

Regardless of the rhetoric, our uniquely American holiday remains a mixture of piety and excess, of reverence and frivolity, of church and of state.  As such, it sounds an awful lot like Americans in general, don’t you think?

“In this spirit, Thanksgiving has become a day when Americans extend a helping hand to the less fortunate. Long before there was a government welfare program, this spirit of voluntary giving was ingrained in the American character. Americans have always understood that, truly, one must give in order to receive. This should be a day of giving as well as a day of thanks.” – Ronald Reagan, 1985

“As we acknowledge the past, we do so knowing that the individual blessings for which we give thanks may have changed, but our gratitude to God and our commitment to our fellow Americans remain constant.” – Bill Clinton, 1999

“From Moses at the Red Sea to Jesus preparing to feed the multitudes, the Scriptures summon us to words and deeds of gratitude, even before divine blessings are fully perceived. From Washington kneeling at Valley Forge to the prayer of an astronaut circling the moon, our own history repeats that summons and proves its practicality.” – Richard Nixon, 1972

Regardless of the rhetoric, our uniquely American holiday remains a mixture of piety and excess, of reverence and frivolity, of church and of state.  As such, it sounds an awful lot like Americans in general, don’t you think?