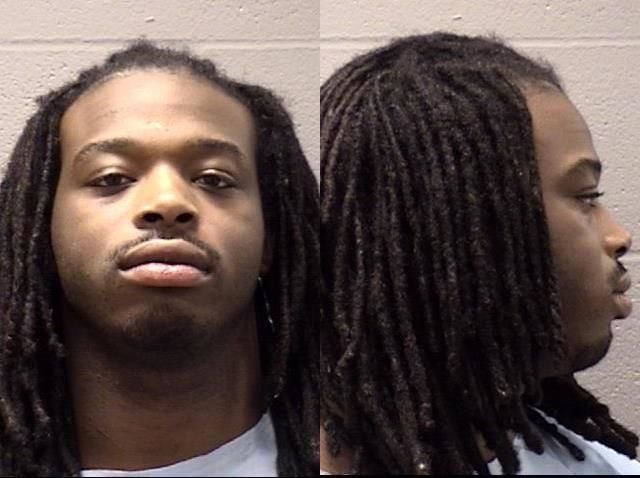 A Kane County jury has found 26-year-old Chicago man Travaris D. Stevenson guilty of the felony offenses of first-degree murder, second-degree murder and armed violence in the April 2018 shooting deaths of Raymond Dyson and Mark McDaniel, both of Elgin.

Kane County Assistant State’s Attorneys Greg Sams, Hillary Sadler and Hannah Thayer presented evidence that at about 2 p.m. April 29, 2018, Stevenson and the co-defendant met Dyson, 29, and McDaniel, 26, in a parking lot in the 1-99 block of Longwood Place in Elgin. Stevenson traveled from Chicago to Elgin to sell a pound of marijuana to the victims.

Stevenson got into the back seat of a car; Dyson and McDaniel were in the front seats. Stevenson shot Dyson in the back of the head, McDaniel twice in the back and then fled on foot with the co-defendant and the marijuana. Elgin police caught the men a half-mile from the crime scene about 20 minutes later.

Kane County Circuit Judge David P. Kliment set Stevenson’s next court appearance for 1:30 p.m. Feb. 9, 2022, in Courtroom 305 at the Kane County Judicial Center for motions and sentencing. Stevenson faces a sentence of between 60 years and life imprisonment in the Illinois Department of Corrections.

Stevenson remains in custody at the Kane County jail, where he had been held since his arrest in lieu of $5 million bail. Judge Kliment revoked bond upon conviction.

“Two young men are dead and a third lost his freedom because of guns, drugs and greed,” Sams commented after the verdict. “This verdict, while just, won’t help any of these young men now. My thanks to ASAs Sadler and Thayer for their excellent work, and to Elgin police detectives Scott St. John and Chris Hughes for their relentless pursuit of justice in this case.”