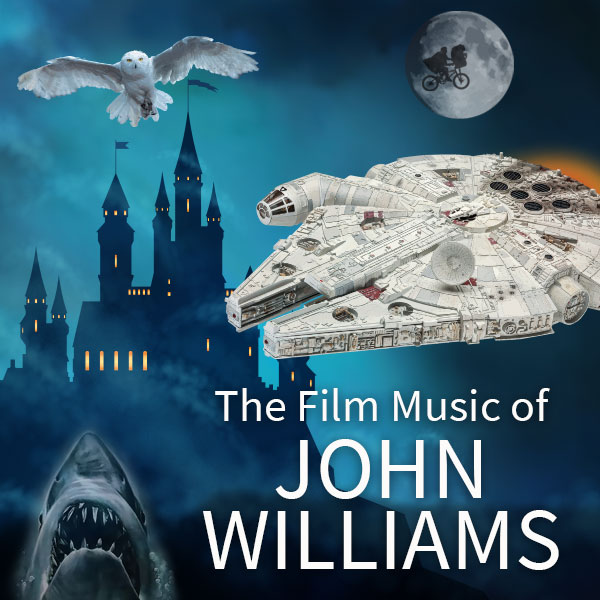 On Saturday evening and Sunday afternoon, the Elgin Symphony Orchestra will perform the extraordinary music of legendary film composer John Williams at the Hemmens Cultural Center in Elgin.

The concert will feature music from E.T., Jaws, Harry Potter, Schindler’s List, Far and Away, The Adventures of Tintin, and many more of John Williams’ well-loved movie scores.

Conductor Stephen Squires is a musician with a career that blends his passions for conducting, teaching, and performing. Mr. Squires has had the honor to conduct for many exceptional artists, including Frederica von Stade, Samuel Ramey, Janos Starker, Pinchas Zuckerman, Shmuel Ashkenasi, John Browning, Leon Bates, Stewart Goodyear, Richard Stoltzman, Ani Kavafian, Wendy Warner, James Tocco, Kevin Cole, Vadim Gluzman, Alexander Fiterstein, and most of the principal players of the Chicago Symphony and Lyric Opera Orchestras. Fully committed to conducting the music of living composers, he has premiered over one hundred new works.

Mr. Squires received his musical training at the Preparatory School of the Eastman School of Music and the Crane School of Music, in his home state of New York. He earned his graduate degree in Instrumental Conducting and Trumpet Performance at California State University, Northridge. Further conducting studies were with Helmuth Rilling, Maurice Abravanel, Daniel Lewis, Tsung Yeh, and at the Aspen Music Festival. Mr. Squires has conducted recordings for the Delos, Spring Hill (a division of EMI), MEDR, Editions de la Rue Margot, Albany, MSR Classics, and Centaur labels. Stephen Squires has enjoyed a forty-year career as a Professor of Music. He is currently Professor of Conducting in the Music Conservatory of the Chicago College of Performing Arts, Roosevelt University. Prior to this appointment he served on the artist faculty of the Northern Illinois School of Music, where he received the prestigious “Excellence in Undergraduate Teaching Award.”

Performances are at 7:30pm on Saturday and 3:00pm on Sunday. Tickets are available here.

The Hemmens Cultural Center is located at 45 Symphony Way in Elgin.