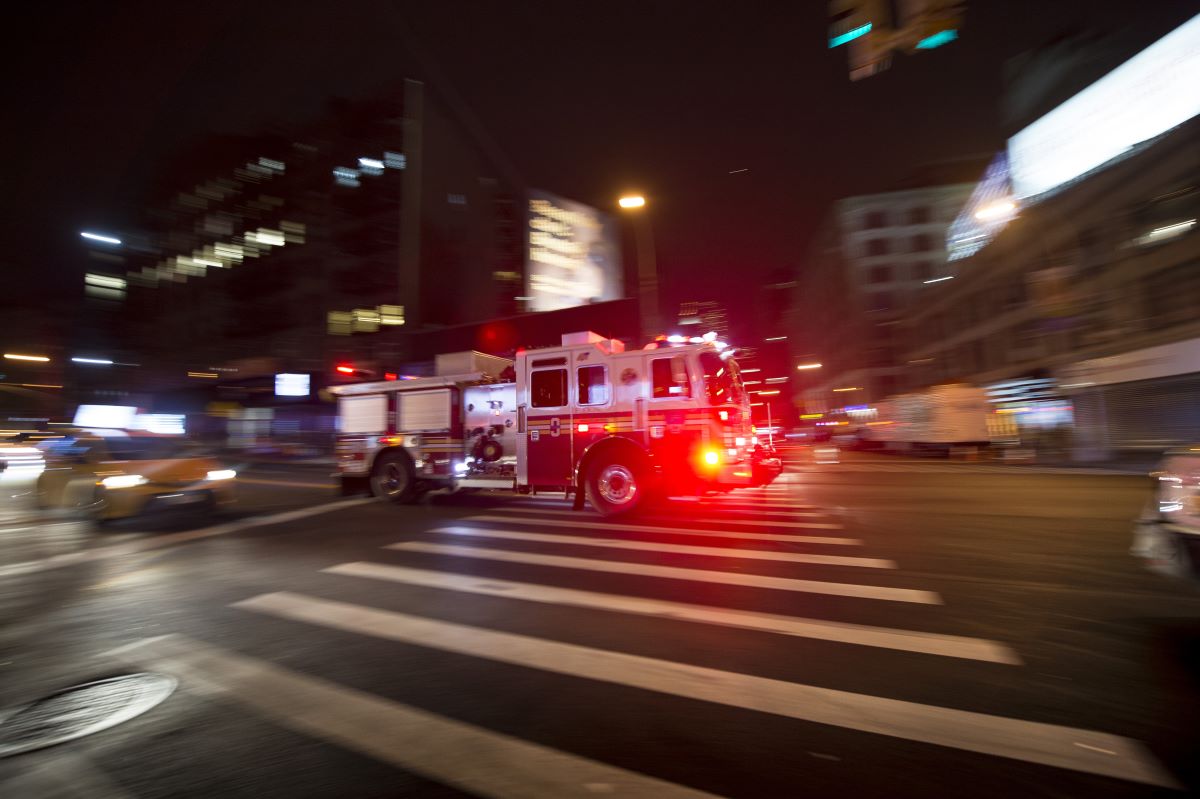 Three people were killed early Saturday morning in a fiery car crash at the intersection of Warrenville Road and Navistar Drive.

On Saturday morning, October 30, at approximately 1:18 a.m., Lisle Police Officers were dispatched to the intersection of Warrenville Road and Navistar Drive for a traffic crash involving two vehicles.

Upon arriving, officers found a dead man in the driver’s seat of a severely damaged vehicle. The victim, a male in his forties from Aurora, has yet to be publicly identified.

The second vehicle was occupied by three people and was found on fire approximately 200 yards away.

Lisle-Woodridge Fire District personnel arrived and immediately transported the back seat passenger to Good Samaritan Hospital in Downers Grove, where she later succumbed to her injuries.

The driver of the second vehicle, a male in his twenties from Naperville, was also transported and is listed in stable condition.

The Lisle Police Department was assisted by the DuPage MERIT Major Crash Reconstruction Team, who completed the accident reconstruction.The investigation is ongoing. Anyone with information or who may have witnessed the incident is asked to call the Lisle Police Investigations Unit at 630-271-4200.