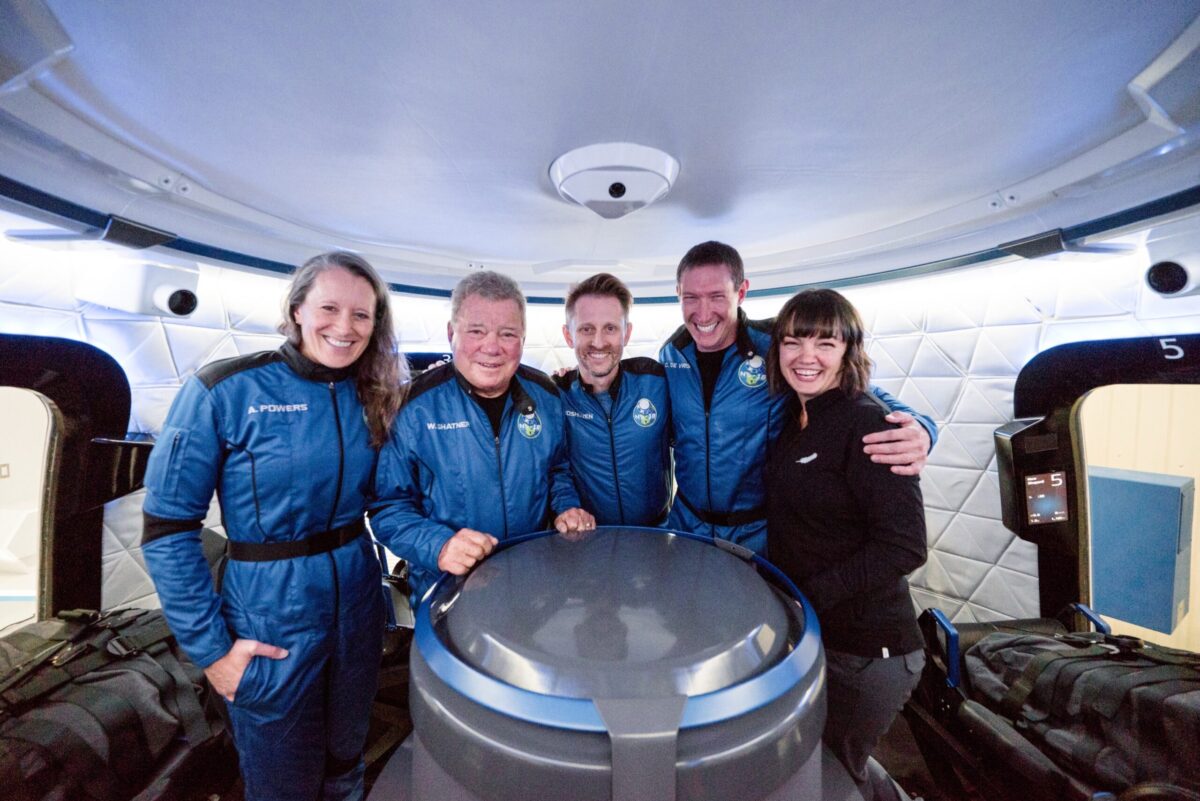 Today, Jeff Bezo’s space venture Blue Origin will launch actor William Shatner, a.k.a., Captain Kirk of Star Trek fame, and Audrey Powers, Blue Origin’s Vice President of Mission & Flight Operations, into space on board New Shepard NS-18. They will join crewmates Chris Boshuizen and Glen de Vries for the flight which lifts off from Launch Site One at approximately 9:00am.

William Shatner’s career as an actor, director, producer, writer, recording artist, and horseman has spanned 60 years. He originated the role of “Captain James T. Kirk” in 1966 for the television series Star Trek. The series spawned a feature film franchise where he returned as Captain Kirk in seven of the Star Trek movies, one of which he directed. He has long wanted to travel to space and will become the oldest person to have flown to space.

William is currently the host and executive producer of The UnXplained on The History Channel. From the producers of Ancient Aliens and The Curse of Oak Island, the one-hour, non-fiction series explores the world’s most fascinating, strange and inexplicable mysteries.

“I’ve heard about space for a long time now. I’m taking the opportunity to see it for myself. What a miracle,” said William Shatner.