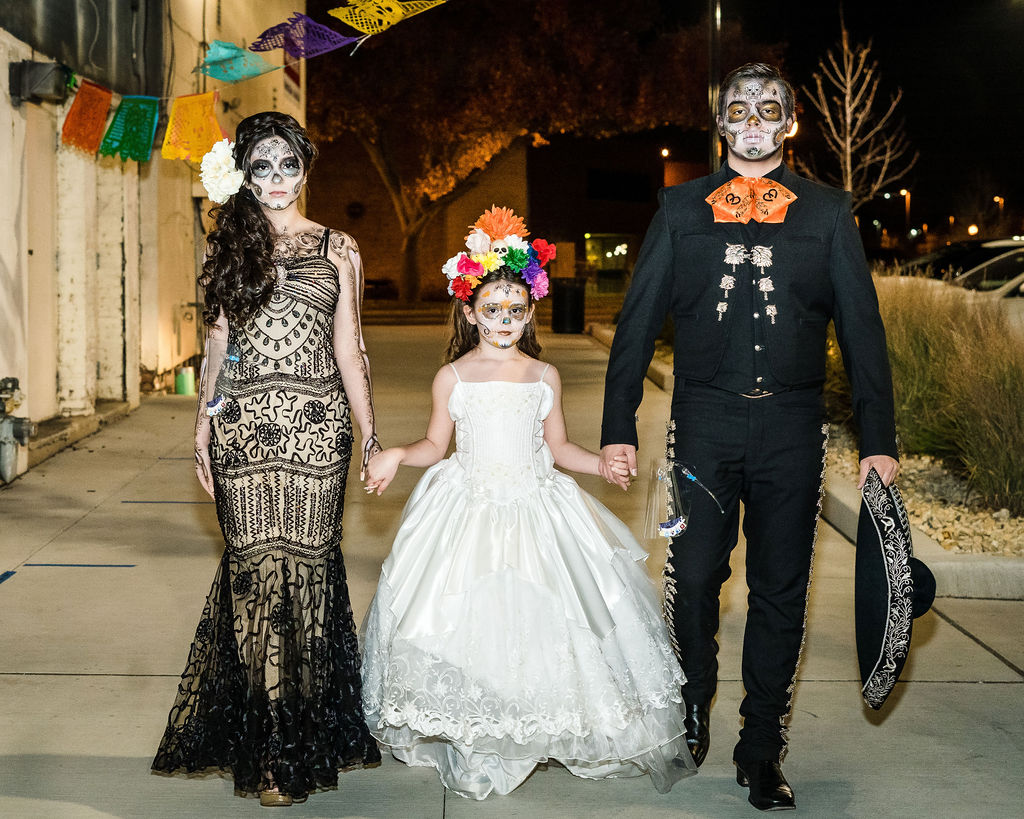 Aurora Downtown once again will turn downtown into Sugar Skull City from October 15 to November 7 and fill downtown with Day of the Dead activities.

The event’s second year features a three week celebration honoring the beloved Mexican cultural tradition of Day of the Dead, and coincides with events during First Fridays on November 5, and a Day of the Dead festival on November 6.

Downtown storefronts will be decorated with festive displays for the holiday. Local artists will paint storefronts with Day of the Dead artwork.

This year, Sugar Skull City will feature alebrijes for its downtown-wide scavenger hunt. Alebrije art submitted by two dozen local artists and students will be displayed in downtown windows.

Aurora Public Art is installing an alebrije mural on the BNSF viaduct wall along New York Street, under the railroad bridge east of Broadway.

Ofrendas, or altars, honoring the dead will be on display at Santori Public Library and at several downtown merchants including multiple storefronts on Broadway including Balderas Beauty Salon and Divas, 25 N. Broadway.

More than 40 downtown businesses are participating. A map is available at sugarskullcity.com.

Virtual content that includes a sugar skull making tutorial, an Aztec dance ceremony, and more is also available on the website.

“We welcome everyone to visit and to learn about Day of the Dead while supporting downtown businesses,” said Marissa Amoni, manager of Aurora Downtown.

Amoni said that about a third of downtown businesses are Hispanic-owned.