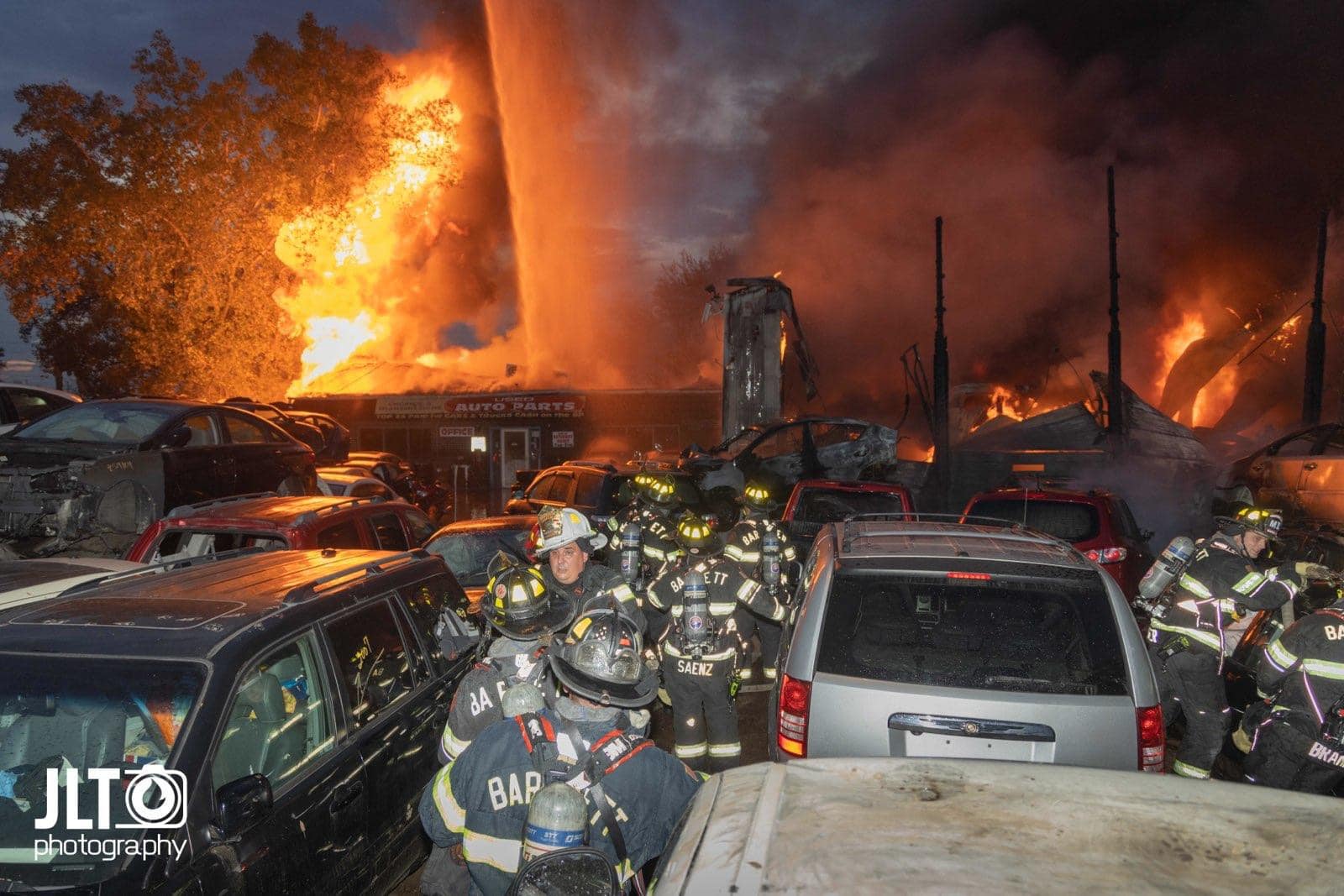 An auto repair facility in unincorporated Elgin was destroyed in a spectacular fire early Saturday evening, according to reports from the Bartlett Fire Department.

On Saturday at approximately 6:09pm, the Bartlett Fire Department was called to a report of a structure fire in the area of Lambert and Spaulding Roads. FD personnel arrived at the scene at 6:15pm and reported a large auto repair facility engulfed with fire, with approximately twenty cars also on fire next to the building.

While firefighters set up operations to protect numerous other vehicles in the lot, additional companies searched the building for any trapped occupants. None were found.

While the location of the fire limited access for the firefighters to operate and created challenging conditions, the fire was ultimately declared under control at 8:42pm.

The fire was fought by 37 firefighters manning five fire engines, four ladder trucks and five ambulances that responded to the scene.

No civilians or firefighters were injured in the fire, and the business was left uninhabitable. Damage estimates are not available at this time.

The fire remains under investigation by Bartlett Fire District investigators.