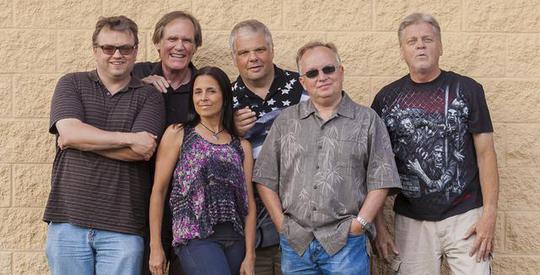 The City of Elgin’s Concert in the Park series will present Saturday June Band this Tuesday, July 13, at 7:00 at the Wing Park band shell in Elgin.

Saturday June Band is one of the top acts in the Midwest with a long list of credentials. They include Taste of Chicago, Navy Pier, Arlington Racetrack, Ravinia Festival and many more. We have also performed for the Chicago White Sox and the Chicago Bulls.

The band has shared the bill with such luminaries as the Beach Boys, Rare Earth, the English Beat, the Smithereens, American English, 7th Heaven and the Dave Clark 5 just to name a few.

Saturday June plays an eclectic mix of music ranging from the 60’s and the 70’s right through up to today’s hits. They also perform songs from two original albums, both of which are available on iTunes and Amazon.