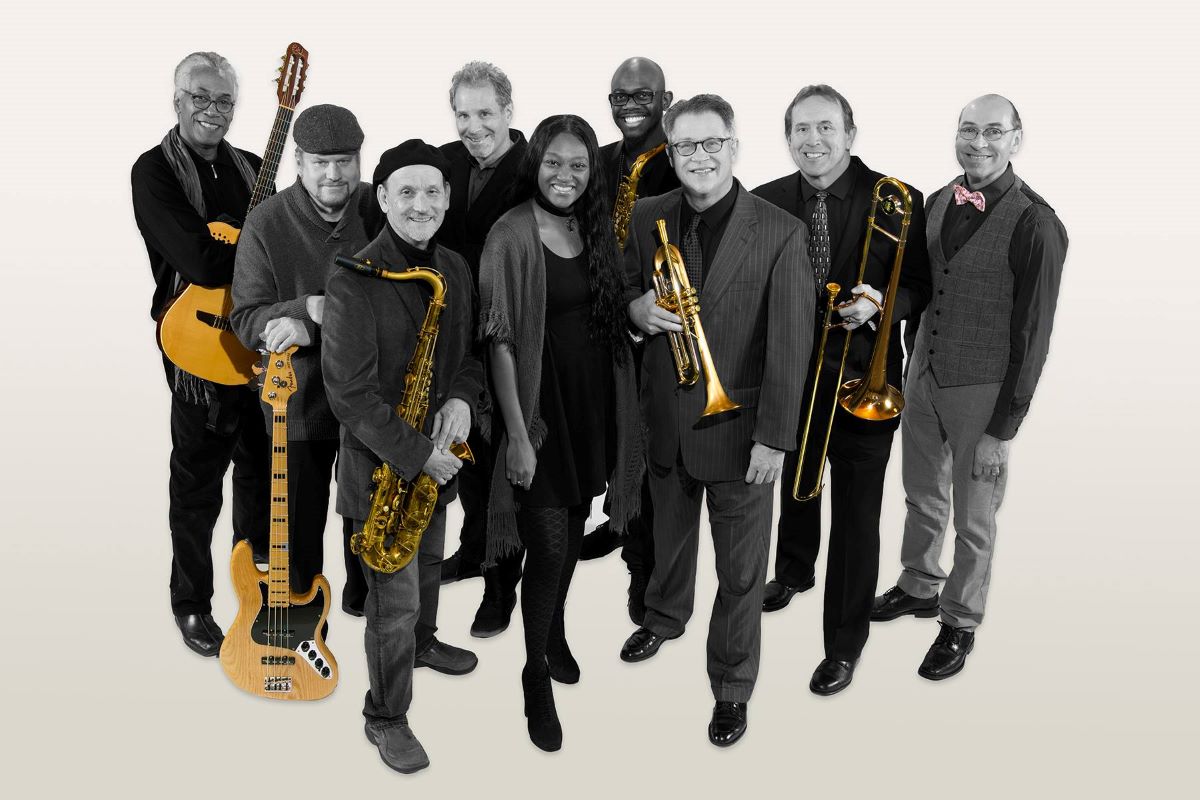 Groove Hotel sprang from the roots of the Dean Moriarty Jazz Band, whose work ranged from the standard jazz repertoire of Miles, Monk, Mingus, and Coltrane, to an evening-long recasting of rock music standards called “Woodstock: Long Time Gone” which premiered at the Mendelssohn Performing Arts Center in 2005.

Dean alums Dan Kasten, Jeff Layng, and Phil Pilcher teamed up with Bob Rub and Dave Timmcke to form Groove Hotel, with the idea of adding guest musicians on a regular basis. When guests check in to the Groove Hotel they enjoy a comfy bed of rhythm, fine musical cuisine, and silky sheets of sound.

The band’s continually evolving repertoire emphasizes rhythmic variety. You’ll hear swing, bossa nova, funk, rock, samba, gospel, and Cuban son; sometimes several of these appear in the same tune. Compositions from the jazz canon by Miles Davis, Horace Silver, or Herbie Hancock share the spotlight with songs by George Harrison, King Crimson, Steely Dan, and Eric Clapton, to name just a few. Audiences may also be treated to a world premiere of one of the band’s original compositions.

Most Tuesday nights in June and July feature music right here in Elgin with the summer concerts in the park. All concerts are free of charge, but remember to bring a few dollars to purchase popcorn and other treats from one of the local Elgin non-profits, as well as lawn chairs & blankets to enjoy the live music. All concerts begin at 7 pm at the Wing Park Bandshell.

In case of rain or storm threat, please check the City of Elgin Facebook page, or download the Elgin 311 mobile app, for updates regarding cancellations.