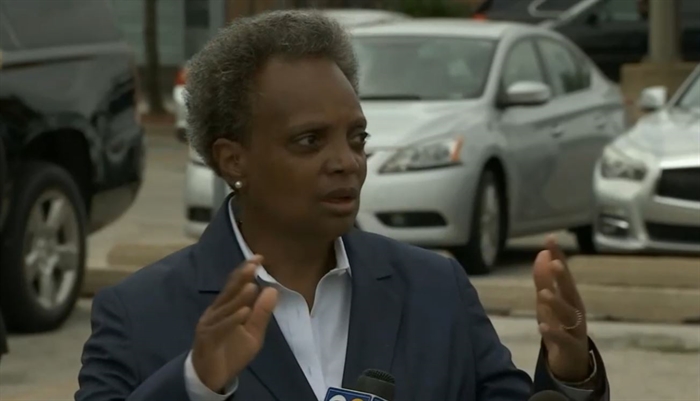 In a surprise move, Chicago Mayor Lori Lightfoot announced Thursday that Chicago will move up its re-opening date to coincide with that of the State of Illinois, June 11.

“I think we’re ready to move to phase five with the state next Friday, June 11th. What do you think?” Lightfoot asked.

Arwady responded, “I agree.  I agree.”

While heretofore Lightfoot had expressed caution about moving too quickly – her previous target was July 4 – the momentum for joining the rest of Illinois has been building as COVID metrics continue to plummet and citizens and the business community became increasingly anxious for a return to normalcy.

The move could not have been any better for the Chicago Cubs, who will now have Wrigley at 100% capacity for the remainder of the season.  And the timing?  Well, the first-place Cubs face their hated rivals, the second-place St. Louis Cardinals, in a crucial 3-game home set beginning…June 11.

It is important to note that federal mandates will remain in place after re-opening.

“While Phase Five will bring a broad return to pre-pandemic life, including a lifting of all COVID regulations at businesses, COVID-19 will remain a part of our life. Federal mask mandates, for example, still require masks on public transit, in healthcare settings and in schools,” Lightfoot spokesman Ryan Johnson said in a statement.