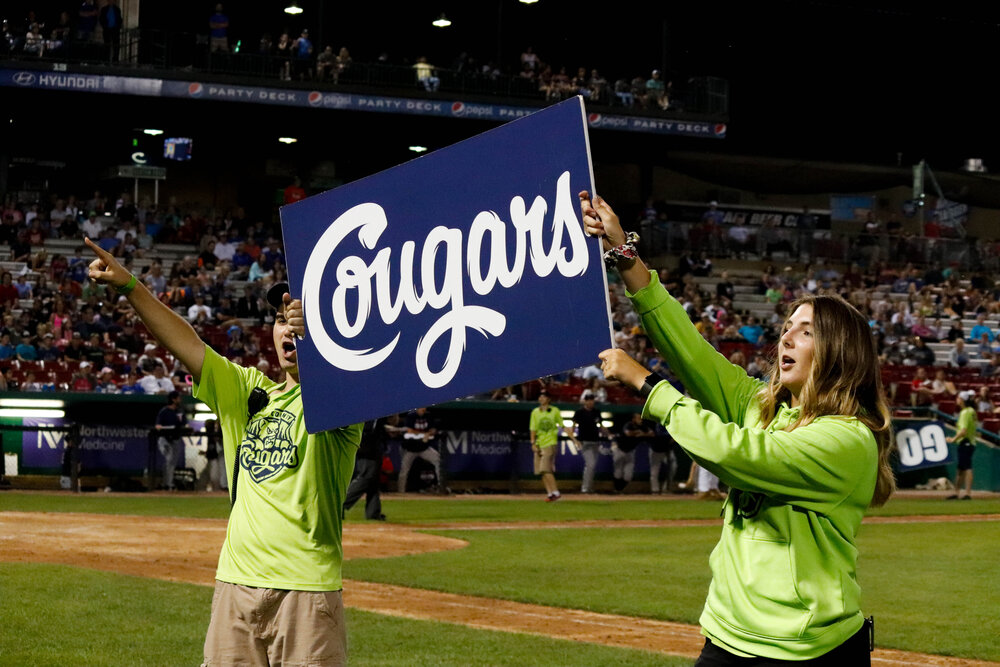 In honor of the renewal of Kane County Cougars baseball at Northwestern Medicine field, the team released a list of all 411 players to make it to the Major League Baseball level in the 111-year history of the franchise.

“It is an honor to celebrate how this franchise has played a part in Major League Baseball history,” said Cougars Owner and President Dr. Bob Froehlich. “Throughout the years the franchise has sent many amazing players to do great things at the next level.”

Listen to our March interview with Cougars Vice President and General Manager Curtis Haug on the disaster that was summer 2020 and the rebirth of 2021.

In the 64 years the franchise was located in Decatur, Illinois, 165 players made it to the MLB level. By position, 74 pitchers and 17 shortstops lead the list. The top three MLB teams sending players from Decatur to the MLB were the San Francisco Giants (also known as the New York Giants) with 35 players, the St. Louis Cardinals with 23 players and the Chicago Cubs with 14 players. The 1938 team sent eight players to the MLB level, the most of any year in Decatur. The players from the 1938 team that made it to the MLB were Edward Erving “Sparky” Lake, Murray Monroe Dickson, Thomas Edward Seats, Robert Boden Scheffing, Albert Bernard Unser, Allyn McClelland “Fish Hook” Stout, Sylvester Urban “Blix” and Emil Matthew “Antelope” Verban. Notably, Carl Owen “The Meal Ticket” Hubbell played on the 1927 team and was inducted into the Major League Baseball Hall of Fame in 1947. Hubbell was the only player from the franchise to make it to the Baseball Hall of Fame.

While the team was located in Wausau, Wisconsin for 16 years, they sent 63 players to the MLB level. By position, 29 pitchers and 11 catchers lead the list. The top three MLB teams that brought players from Wausau to the MLB were the Seattle Mariners with 23 players, the New York Mets with 12 players and the Baltimore Orioles (also known as the St. Louis Browns) with six players. The 1990 team sent nine players to the MLB level, the most of any year in Wausau. The players from the 1990 team that moved up to the MLB level were Brad Lee Pennington, Damon Jackson Buford, Robert Keith Kessinger, Erik Paul Schullstrom, Gregory Owen Zaun, James Michael Dedrick, Cesar Salvatore “Santana” Devarez, Manuel de Jesus “Manny” Alexander and Thomas Edgar Martin.

The Kane County Cougars have seen a total of 187 players make it to the MLB level. By position, 106 pitchers and 14 catches top the list. The top three MLB teams that brought players from Kane County to the MLB were the Miami Marlins (also known as the Florida Marlins) with 51, the Oakland Athletics (also known as the Philadelphia Athletics and Kansas City Athletics) with 32 and the Chicago Cubs with 16. The Cougars have had four teams send 12 players to the MLB, which is the most in franchise history. Below are the four teams and the players that have reached the MLB level.

Overall, a total of 411 players made it to the MLB. By position, the top four were pitchers (206), catchers (38), shortstops (36) and center fielders (33). By major league franchise, the top six teams to promote players to the MLB were the Miami Marlins (also known as the Florida Marlins) with 51, Oakland Athletics (also known as the Philadelphia Athletics and Kansas City Athletics) with 39, the San Francisco Giants (also known as the New York Giants) with 35, the Chicago Cubs (30), the Seattle Mariners (29) and the St. Louis Cardinals (25). Out of all the current 30 MLB franchises, the New York Yankees and the Colorado Rockies are the only teams that haven’t promoted a player from our franchise to their MLB club.