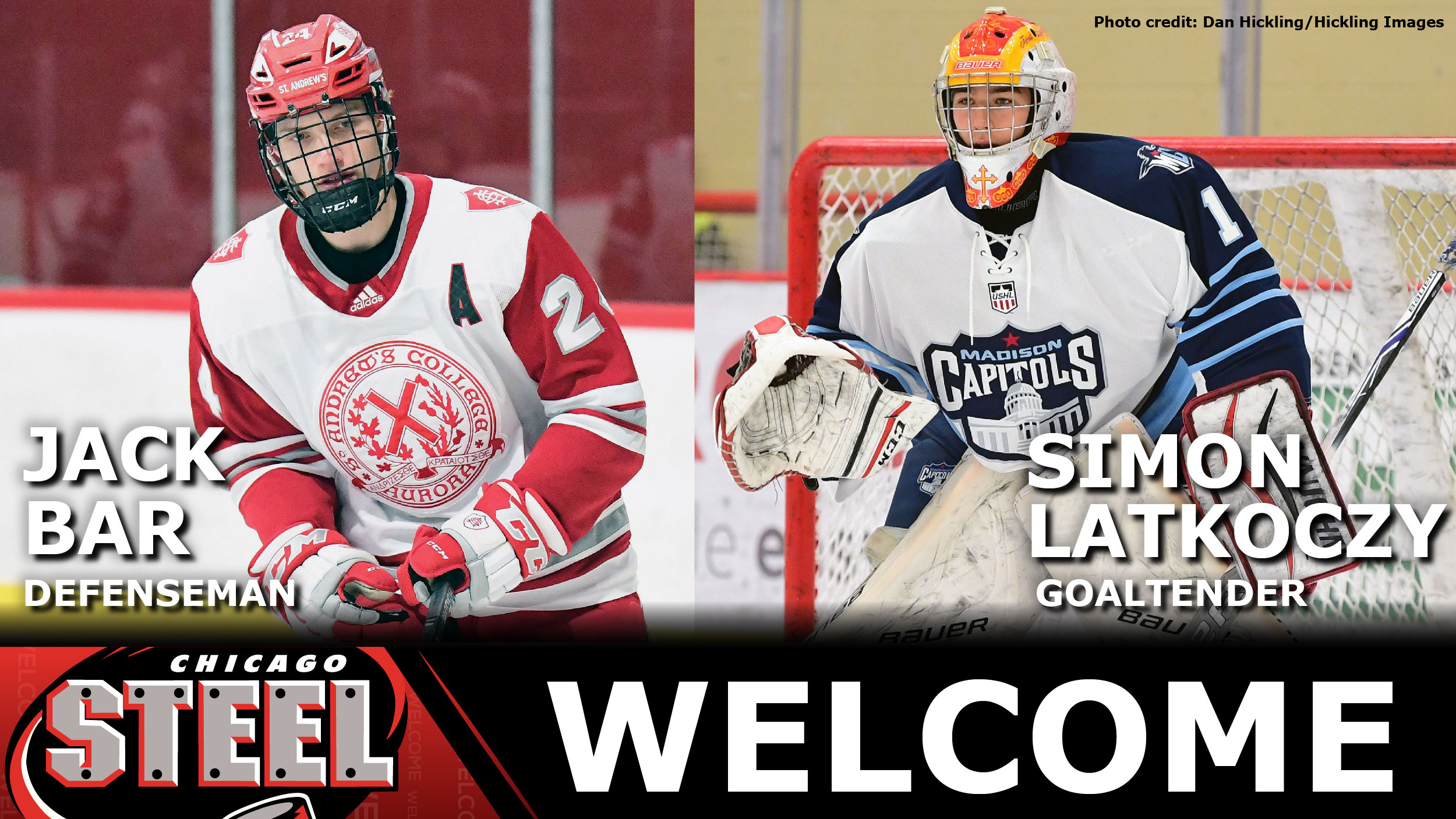 The Chicago Steel today announced the acquisition of two players that will soon join the Steel roster.

After a trade with the Fargo Force, Chicago gains the rights to defenseman and 2021 NHL Draft eligible prospect, Jack Bar.

Bar, a native of Newmarket, Ontario, was ranked as a ‘B’-level prospect on NHL Central Scouting’s preliminary watch list released on Oct. 27. During the 2019-2020 season playing for St. Andrew’s College in Aurora, Ontario, the defenseman led his position group with 52 points (18G, 34A) in 49 games played. Bar served as an alternate captain for the Saints.

Former Madison Capitols goaltender, Simon Latkoczy, was selected by the Steel in the USHL dispersal draft in September following the suspension of operations for the Capitols for the 2020-2021 season.

Latkoczy, a 5-foot-10, 165-pound goaltender, represented his home country of Slovakia in the 2021 IIHF World Junior Championship in December and January. The native of Trencin, Slovakia appeared in three games between the pipes, totaling a 2.61 goals-against average and a .922 save percentage.

Chicago also completed a trade with Bismarck of the North American Hockey League, sending netminder Ian Shane to the club. Shane recorded a 4-2-2-0 record with a 4.34 goals-against average and a .837 save percentage during the 2020-2021 season. Last season, Shane appeared in 21 games for Chicago, compiling a 16-3-1 record in net.

The Steel return home to face two Western Conference opponents this weekend. The games on Friday, Jan. 15 against the Des Moines Buccaneers and Saturday, Jan. 16 versus the Waterloo Black Hawks are both scheduled for 7:05 pm CT and are presented by Waubonsee Community College.

Chicago Steel games may be heard on Mixlr at http://mixlr.com/chicago-steel/ (AUDIO) and video may be streamed on available devices through HockeyTV at www.hockeytv.com (VIDEO).