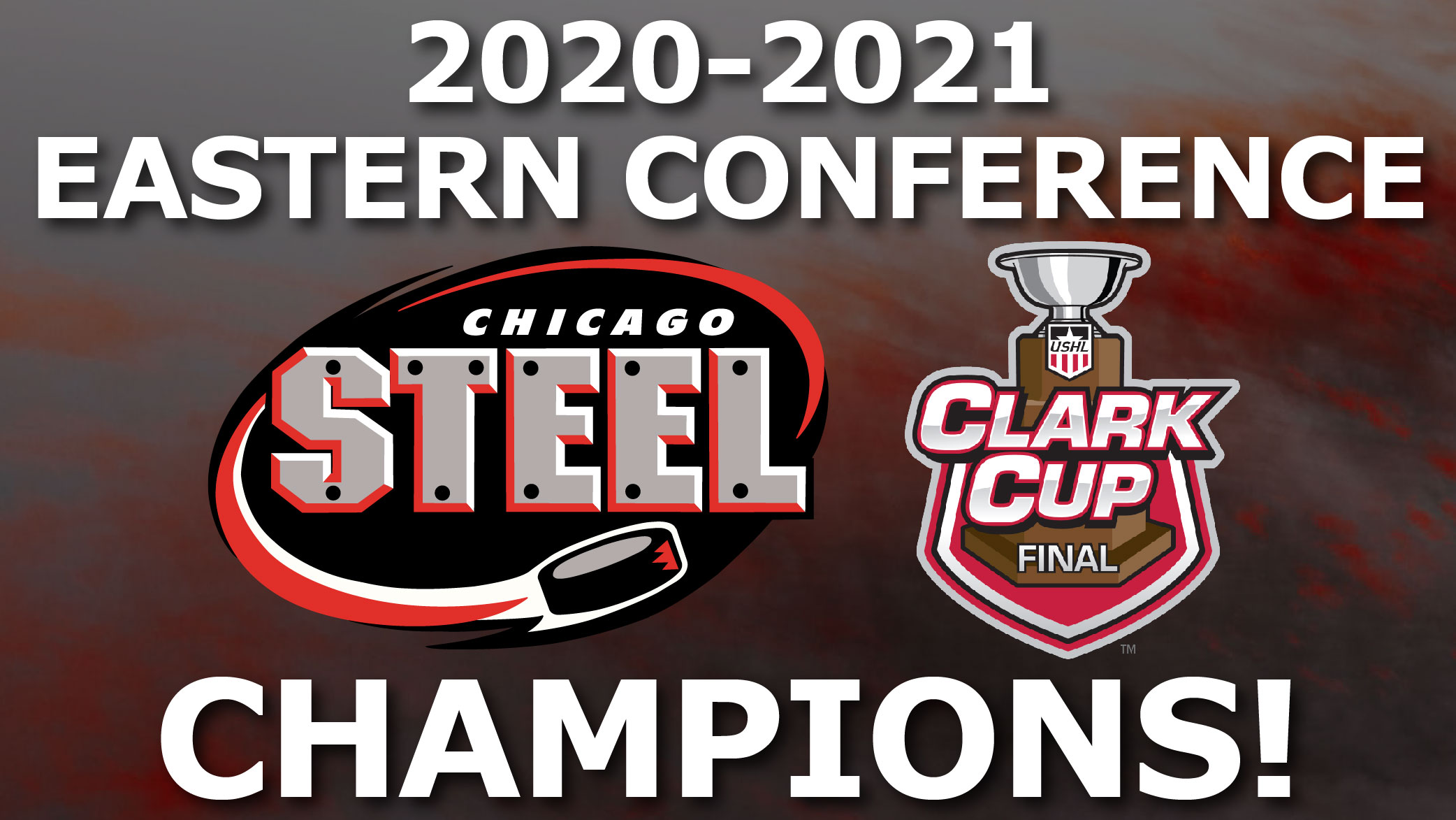 The Chicago Steel, entering the postseason as the league’s #1 overall seed, swept the Muskegon Lumberjacks 2-0 in the best-of-three Eastern Conference Final and now advance to face the Western Conference Champion, the #4 seeded Fargo Force, in the best-of-five Clark Cup Final beginning Friday, May 14 at Fox Valley Ice Arena. 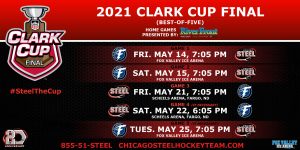 Force netminder Brennan Boynton finished third among USHL goaltenders with a 2.43 goals-against average and a .908 save percentage in 46 games during the regular season. The University of Minnesota commit tied for a league-best with three shutouts in the 2020-2021 campaign.

Steel forward Matt Coronato has tallied six goals in four to claim the top spot among all USHL skaters in the Clark Cup Playoffs. His nine points (6G, 3A) share first with Broz (3G, 6A) among playoff performers.

Chicago netminder Simon Latkoczy has posted a 1.94 goals-against average and a .932 save percentage, the second-best marks among goaltenders through the postseason.

Tickets for the Clark Cup Final will be priced at $20 for Blue Zone locations and $15 for Red Zone seats.  Tickets are on sale now by visiting ChicagoSteelHockeyTeam.com.  Fans may also purchase tickets during regular business hours by calling 855-51-STEEL or at the Steel Box Office at Fox Valley Ice Arena open this week from 9 am – 6 pm Mon.-Thur., 9 a.m. until after the game on Friday, and Saturday from 10 a.m. until the end of the game.

Sox are now 14-10 and in second place behind the Kansas City Royals in the AL Central.