SPRINGFIELD – Gov. JB Pritzker said Monday the state could enter the “bridge” phase to greater reopening as soon as next week, while the state’s vaccination rate continues to drop.

Speaking at a news conference at Providence Hospital in Chicago, Pritzker said Illinois is nearing the necessary metrics to reach the next phase of reopening as case numbers stabilize.

“It looks to me, if you look at all the hospital admissions data, like we’re in decent shape and moving exactly as I would hope we would toward the bridge phase,” Pritzker said Monday.

According to the Illinois Department of Public Health, new COVID-19 hospital admissions, total COVID-19 patients in the hospital, and death rates all must be stable or decreasing before the state can move to the next phase with more relaxed capacity restrictions and allowing some large-scale events to resume with safety measures in place.

“It looks to me, if you look at all the hospital admissions data, like we’re in decent shape and moving exactly as I would hope we would toward the bridge phase”

Pritzker said hospitalization growth is the key metric the state monitors which would allow the state to move forward to the bridge phase.

As of Monday, the IDPH website showed an increasing trend for the overall number of hospitalizations for COVID-19 with 1,963 people hospitalized as of Sunday, although new admissions for COVID-19-like illnesses were reported as stable, averaging 205 new daily admissions as of Friday. That was down from 240 on April 16.

Of the 1,963 individuals in Illinois who were hospitalized with COVID-19 as of Sunday night, 479 patients were in intensive care unit beds and 249 were on ventilators.

The state had administered a total of 9.4 million COVID-19 vaccine doses as of Monday, with 4.1 million residents, or 32 percent of the state’s population, fully vaccinated.

A total of 16,920 doses were administered statewide Sunday, bringing the seven-day rolling average for vaccines administered to 78,440, down from a peak seven-day average of 132,979 recorded April 12.

“Nobody’s forcing anybody to do it, but this is about doing what’s best for your own family, for yourself and for your community, and I think most people in Illinois have stepped up to the plate. I’m so, so proud of our state,” Pritzker said.

Pritzker also added that preparations for some large-scale events such as the Illinois State Fair are underway, signaling the potential for a wider reopening and larger-scale events to come in the future.

“We’ve obviously been doing all the planning that’s necessary for it, you know, barring some highly unusual event occurring that would prevent a large gathering,” Pritzker said.

“(IDPH) is working with the Department of Agriculture to make sure that people will be safe, so I think we’re gonna have a lot of fun this summer,” he added. 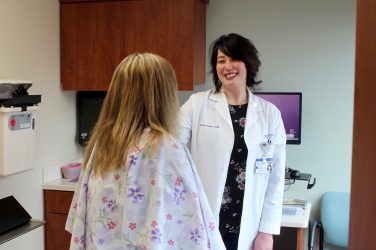 Some describe it as trying to find a snowball in a snowstorm. On a ... 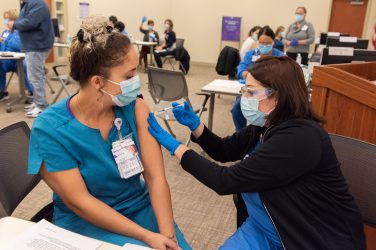 “There is a lot of angst surrounding the COVID-19 vaccine.” 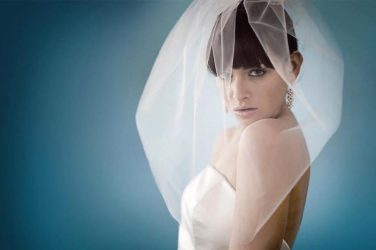 Everyone knows we love Brides! We have passionately styled beautiful bridal hair and flawless airbrushed ...