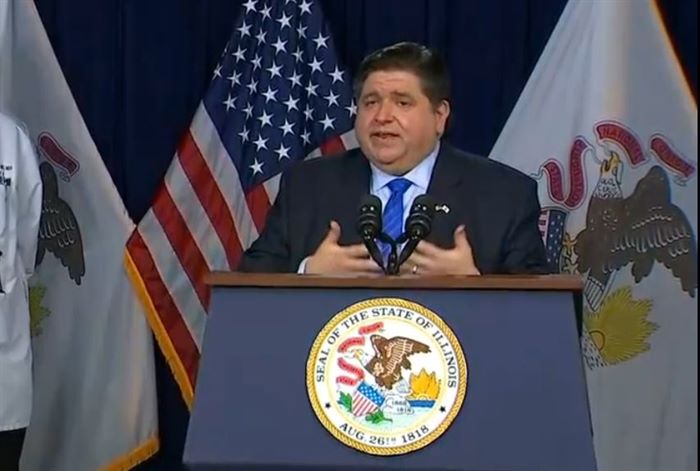 SPRINGFIELD – Gov. JB Pritzker said Thursday that Illinois will enter the “bridge” phase to full reopening on Friday, May 14. And barring any reversal of current trends, Phase 5, or full reopening, will begin on June 11.

He also announced that residents can now obtain COVID-19 vaccines from their physicians’ offices, rather than just designated vaccine sites, as public health officials continue to confront hesitancy within many communities to accept the vaccines.

Thursday’s announcement came as the state reached a new benchmark of having 55 percent of adults age 16 and over, and 80 percent of people age 65 and over, having received at least one dose of vaccine, according to the Illinois Department of Public Health. Meanwhile, the daily number of new cases, hospitalization rates and intensive care unit usage have all been falling or leveling off.

“This good news comes with a caveat,” Pritzker said. “We have all seen throughout this pandemic that this virus and its variants have proven to be unpredictable. Metrics that look strong today are far from a guarantee of how things will look a week, two weeks, a month from now. We saw that last August, and again last March.”

Under the bridge phase – a transition phase between the current Phase 4 mitigations and the virtually complete reopening of Phase 5 – certain capacity limits will be eased at various kinds of events. Restaurants, for example, will be allowed to increase from 25 to 30 percent of capacity, as long as people maintain six feet of distance from one another, while offices, personal care facilities and retail service counters can increase from 50 to 60 percent of capacity.

When the state reaches Phase 5, Pritzker said, virtually all mitigation restrictions will be lifted, although the state will still follow guidelines from the U.S. Centers for Disease Control and Prevention regarding wearing masks in large, crowded situations and maintaining safe social distancing.

Although Illinois has succeeded in getting a large percentage of its adult population vaccinated, IDPH reports that the daily rate of vaccinations has been declining as large segments of the population have been reluctant to receive their shots.

As of Thursday, the seven-day rolling average of daily doses administered stood at 70,063, down from a peak of nearly 133,000 per day in mid-April. But with the supply of vaccines now large enough to provide vaccines to anyone who wants one, Pritzker said he hoped that making them available through physicians’ offices will make it more convenient for more people.

“This is about making it as easy as possible for those who have not yet gotten vaccinated to protect themselves from COVID-19,” he said.

Still, there remain pockets of society that remain hesitant, whether that be for cultural, political or religious reasons, and the Pritzker administration is continuing its public relations campaign to reach out to those communities.

Although the rate of spread of the virus has been declining, IDPH continues to report a steady stream of new cases each day. On Thursday, the agency reported 1,778 new confirmed and probable cases over the previous 24 hours and 40 additional deaths.

The preliminary seven-day statewide average case positivity rate for cases as a percent of tests performed stood at 3.0 percent, the lowest it has been since March 27

As of late Wednesday night, 2,055 people in Illinois were reported hospitalized with the disease, including 483 patients in intensive care units and 243 on ventilators.

Illinois also continued to see a drop in the number of new unemployment claims over the past week, although the total number of people unemployed remained at historically high levels.

The Illinois Department of Employment Security reported 15,134 new jobless claims were filed during the week that ended Saturday, May 1. That was down from 17,141 from the prior week, but it was considerably less than the 74,476 workers who filed initial claims during the same week a year ago.

Meanwhile, U.S. Department of Labor reported a total of just under 250,000 Illinois workers were receiving continuing regular unemployment benefits at the end of April.

No description of any suspect has been issued.