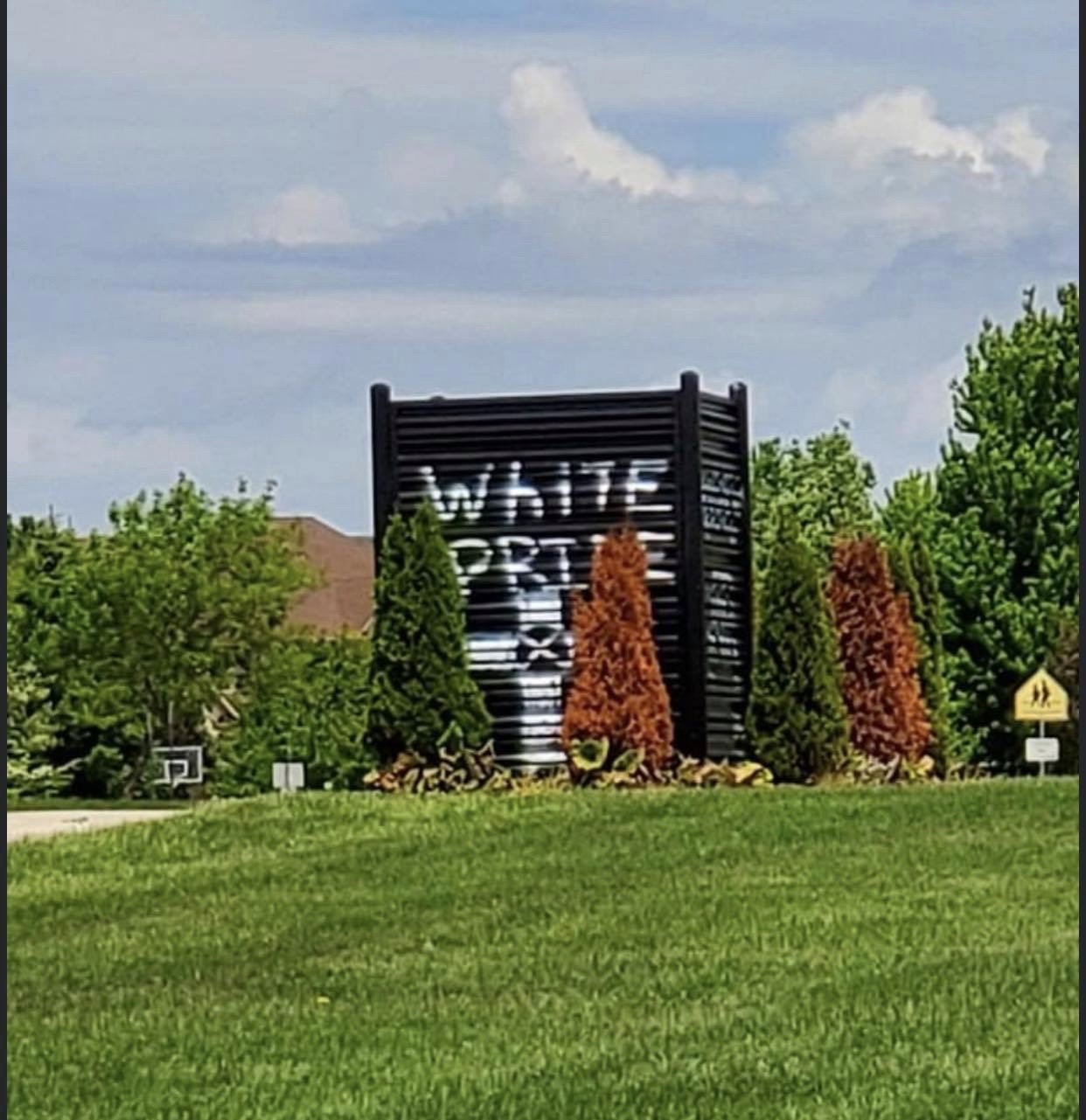 Naperville Park District crews quickly responded to temporarily cover the verbiage. Due to the ground being saturated from the recent rains, it is challenging for staff to mobilize the appropriate equipment to do the work. Crews will permanently remove the graffiti on Tuesday morning.

“Hatred and ignorance drive racist comments like this,” explained Ray McGury, Executive Director and Acting Chief of Park Police for the Naperville Park District. “I live in this community. I raised my kids in this community. I, along with my fellow Napervillians, have NO toleration for this…none. I encourage anyone with information leading to the arrest of the subject(s) to contact Naperville Crime Stoppers at (630) 420-6006 or online at www.napervillecrimestoppers.com. All calls may remain anonymous. You may also call the Naperville Police Department Investigations Division at (630) 305-5276. Also, I personally will be adding $500.00 to the Naperville Crime Stoppers reward for information leading to the arrest of the subjects(s).”

As the Geneva Public Library prepares to open its new facility in the coming ...

Police don't believe there is a threat to the general public at this time.