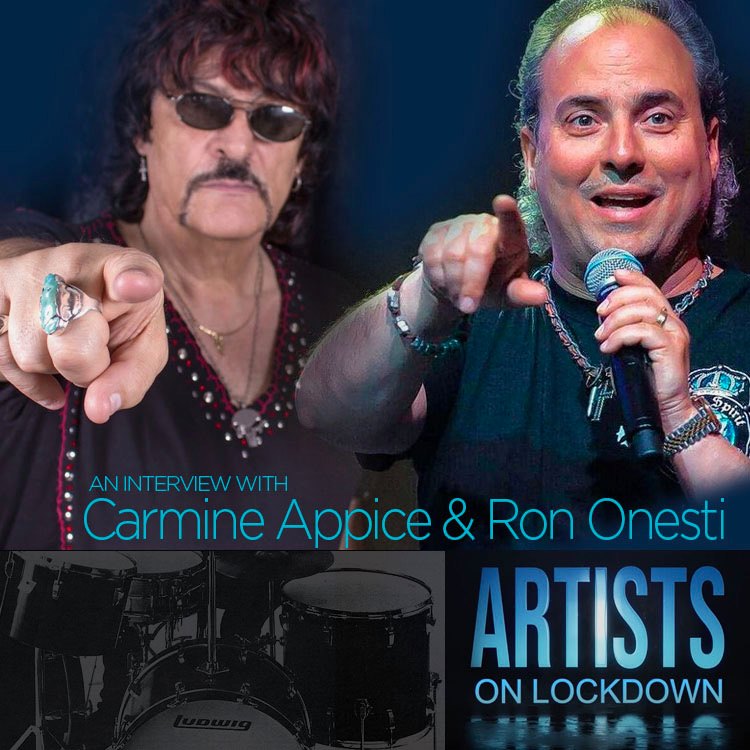 Hello from Onesti Entertainment! We hope you are having a wonderful holiday weekend, well, as wonderful as it can be right now!  We miss you, and hope to have an update on our re-opening plans very soon.

If you saw Ron’s interview with Carmine Appice last week, you were treated to several “backstage stories” with Carmine.  Who knew Prince was booed at his first gig??

Mark your calendars for Episode 2 of Hangin’ and Bangin’, with our very own Ron Onesti, as the host!! Friday, May 29 at 6:00PM, Ron will be LIVE on Facebook for an Artists on Lockdown event, featuring brothers and legendary drummers Carmine & Vinny Appice … together in an intimate conversation with The Arcada Theatre’s Ron Onesti!

Vinny Appice is best known for his work with Dio, Black Sabbath, and Heaven & Hell.  In 2017, he was inducted into the Hall of Heavy Metal History for his contributions to heavy metal drumming.

This is a free broadcast!  Join in and send your questions!  To join the show at 6:00PM on May 29th CLICK HERE or visit the Artists on Lockdown Facebook Page

Ron can be reached at ron@oshows.com.  We’ll see you Friday!

Lockdown Sucks, But Summer Doesn’t Have To By Ann Marie Guenther of That Girl Organizes

The market will be open from November 23 through December 24

Random Acts DO Matter … for So Many Reasons!

And just as one single act can make a big difference, so can one ...