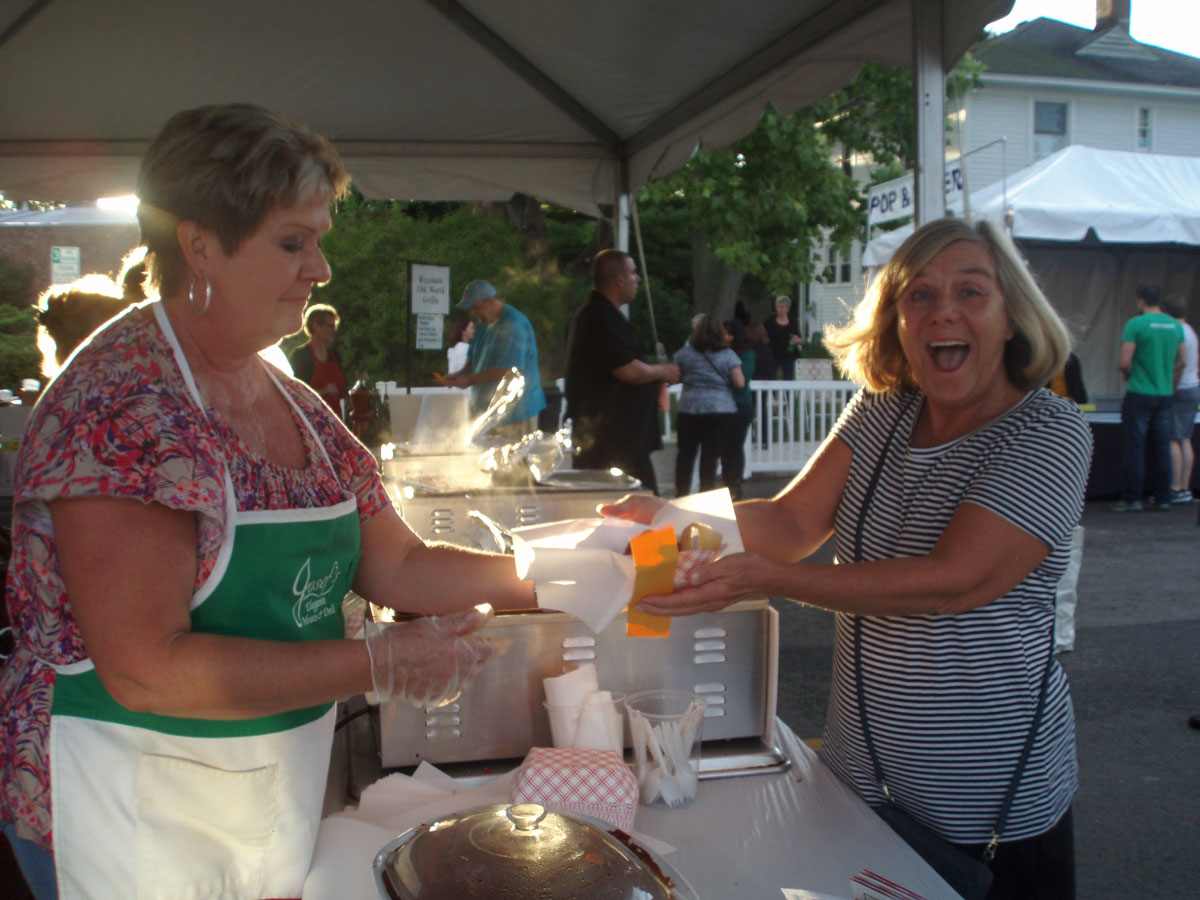 September 6-8 marks the 40th year for Festival of the Vine.  As is tradition, the Flavor Fare and Wine Tent are located on the corner of 4th & State streets in downtown Geneva.

Free entertainment is offered Friday, Saturday & Sunday, both on the Courthouse Lawn and on the main stage at S. Fourth & State streets.  Favorites return and new acts are debuting at Festival of the Vine.

All around the old Courthouse, on Third, Campbell & James streets, will be the site for a flower market, art & craft show, face painting and complimentary carriage and trolley ride stops.

Business Booths will be set up on James Street and are ready to share information about their products.

In addition to the listings in our program, available on genevachamber.com and in businesses before Labor Day, which includes the above events among others, businesses may also be hosting special happenings.

For complete details on everything festival related, please visit genevachamber.com or call 630.232.6060.

Music will flow at Festival of the Vine

Geneva Chamber of Commerce’s 40th Festival of the Vine is September 6-8 in downtown Geneva and has an array of talent that offers something for every type of music fan.

6:00 – 7:30 pm: SonicSoul – SonicSoul is a high energy blues band that also enjoys covering classic songs from the 60’s and 70’s.  SonicSoul performs regularly at Buddy Guy’s Legends and has opened for artists such as Robert Cray and Blue Oyster Cult.  SonicSoul is poised to capture a broader audience and is at work on a new album of original songs!

8:00 – 10:00 pm:  Suburban Cowboys – Suburban Cowboys is one of the most sought-after country cover acts in the midwest. Headlining 100+ annual shows and performing on the same bill and in some cases the same stage with artists like Jason Aldean, Blake Shelton and the Zac Brown Band and many more.

4:00 – 5:30 pm:  Drew Clausen Drew Clausen is a singer and acoustic guitar player from Geneva. He specializes in creative arrangements of new country and rock cover songs from artists such as Brett Eldredge, Dierks Bentley, Tim McGraw, Thomas Rhett and The Eagles.  Drew performs regularly throughout the Tri-Cities as well as the world-famous Tootsies Orchid Lounge in Nashville!

8:00 – 10:00 pm:  Gina Glocksen Band – Gina Glocksen Band (GGB) is a group of seasoned musicians that pride themselves on delivering a high-energy show that exudes passion, precision, and professionalism. Led by the world-class vocal talents of front WO-man Gina Glocksen, the band has a vast musical repertoire that spans the genres of rock, pop, hip-hop, rap, country, dance, and everything in between. With an ever-growing catalog of hundreds of songs, it is safe to say that GGB has something for everybody.

2:30 – 4:30 pm:  The Dreadnaughts – Bob Palmer is a guitarist/singer/songwriter who regularly performs in the Chicagoland and Northern Illinois area. His musical talent is supported by over 40 years experience.  Living in DeKalb he can be found most weekends performing locally at various restaurants, and small venues that feature live music.

In addition, the Courthouse Lawn will host Concerts on the Green.  Friday through Sunday from 12 – 2 pm, enjoy musical stylings of Mike Silvestri, Dominic Gliimco and Jim Green.

Outdoor dining will be returning to downtown Aurora with new options for diners.