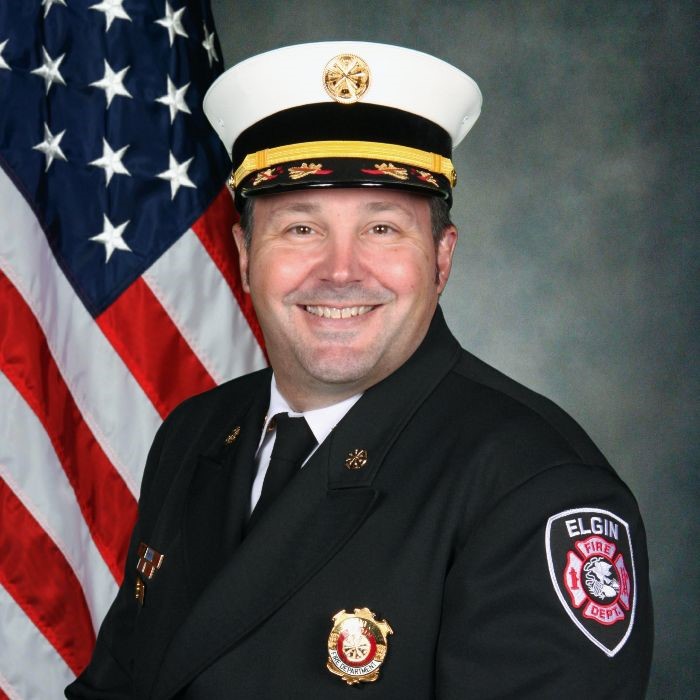 David Schmidt announced his retirement as Elgin fire chief. Schmidt’s last day with the City of Elgin is January 3, 2020.

“I have been incredibly blessed to have worked for and led such an outstanding department,” said Schmidt in a memo to the fire department on Thursday. “The dedication that is demonstrated by the men and women of this department on a daily basis is truly impressive. The level of service that they provide to the citizens is second to none.”

Schmidt has served as fire chief in Elgin since 2016. Schmidt joined the Elgin Fire Department in 1989. He was promoted to lieutenant in 2000, captain in 2005 and assistant chief of operations in 2011.

“I am proud of all of the things that were accomplished during my tenure yet saddened that I will not be part of all the great things ahead. I know the leadership team will continue to raise the bar for the department and for the City,” said Schmidt.

Schmidt leads one of the largest fire departments in state, where he oversees 133 fire and emergency services personnel at seven fire stations within the 38 square miles that make up Elgin.

“The Elgin community and organization have greatly benefitted from Chief Schmidt’s 30 years of service, particularly during his three years as fire chief,” said City Manager Rick Kozal. “The progressive operational and technical efficiencies Chief Schmidt implemented while leading the department will remain a hallmark of his tenure.”

The St. Charles Police Department is seeking assistance from the public in locating a missing Alzheimer’s patient. The resident is …

State still grappling with vaccine hesitancy in some communities.