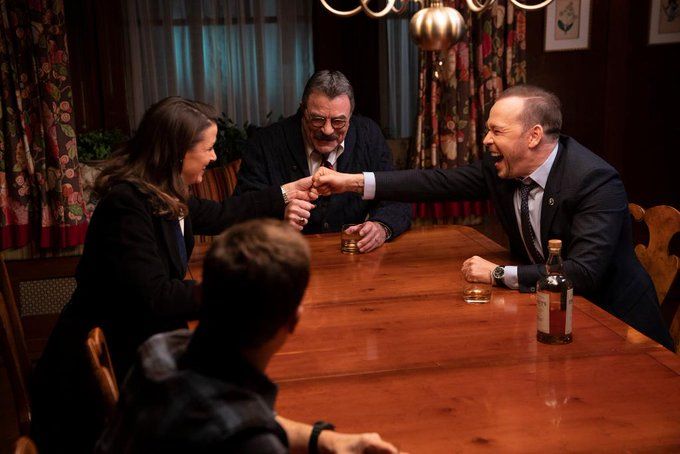 “First he used to kind of grumble at me, like… ‘This music guy’s kind of weird.’ And then now he calls me son. And he’ll come in and give me a big hug. You know, you get a hug out of Tom Selleck, that’s a big deal,” Wahlberg confessed in a recent interview with ET.

That relationship has blossomed to the point where Wahlberg publicly calls out Selleck on social media as his “TV Dad.”

“I found out that my TV Dad #TomSelleck has generously accepted the #2020TipChallenge at Elios Upper East Side! Love ya dad,” Wahlberg tweeted in December.

Selleck was apparently inspired to join the challenge by Wahlberg’s commitment.  Last year, Wahlberg left a $2,020 tip on a $78 bill at the St. Charles IHOP.  Selleck followed is “son’s” lead at an Italian restaurant in New York City in November, tipping the same amount on a $204 bill.

Wahlberg was thrilled, and apparently a little intimidated, to get to direct Selleck on Blue Bloods.  Here he is during an interview discussing the experience.

Selleck and Wahlberg continue their run on “Blue Bloods,” currently in its 11th season on CBS.