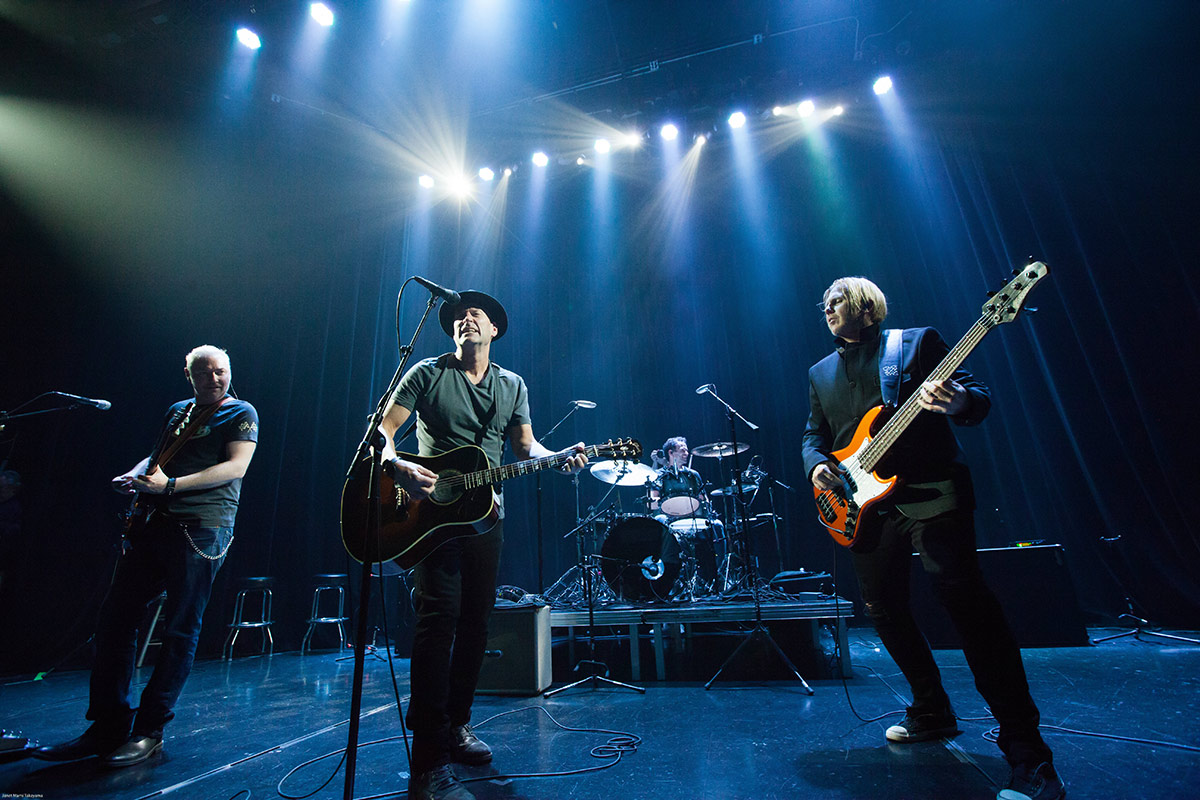 The three-part “Party in the Park” concert series boasts nationally-recognized headliners, along with food and beverage offerings and activities for the whole family.

The first concert features one of America’s premier roots-rock bands, The Freddy Jones Band. Best known for number-one hits “In A Daydream” and “Take The Time,” the Chicago-bred Freddy Jones Band traces its original sound to a mix of Southern rock and Chicago blues. Opening for The Freddy Jones Band will be Naperville’s own Folk Yeah! Band, which continues to gain fans of all ages with its fun, folksy renditions of Top 40 hits, from Johnny Cash to Taylor Swift and everything in between.

The live concert begins at 6 p.m. Pre-show rock ’n roll favorites spun by a DJ from 95.9FM The River, face-painting and other kid-friendly festivities begin at 5 p.m.

St. Charles’ very own Jack Mackin and his Jazz Trio will be playing this Saturday starting at 6:30 at Geneva’s …

In another sign of a return to normalcy, Onesti Entertainment announced Thursday that it is reopening it’s Club Arcada on …

Following its run of Kinky Boots, Paramount will be able to launch its 10th Anniversary Broadway Season.