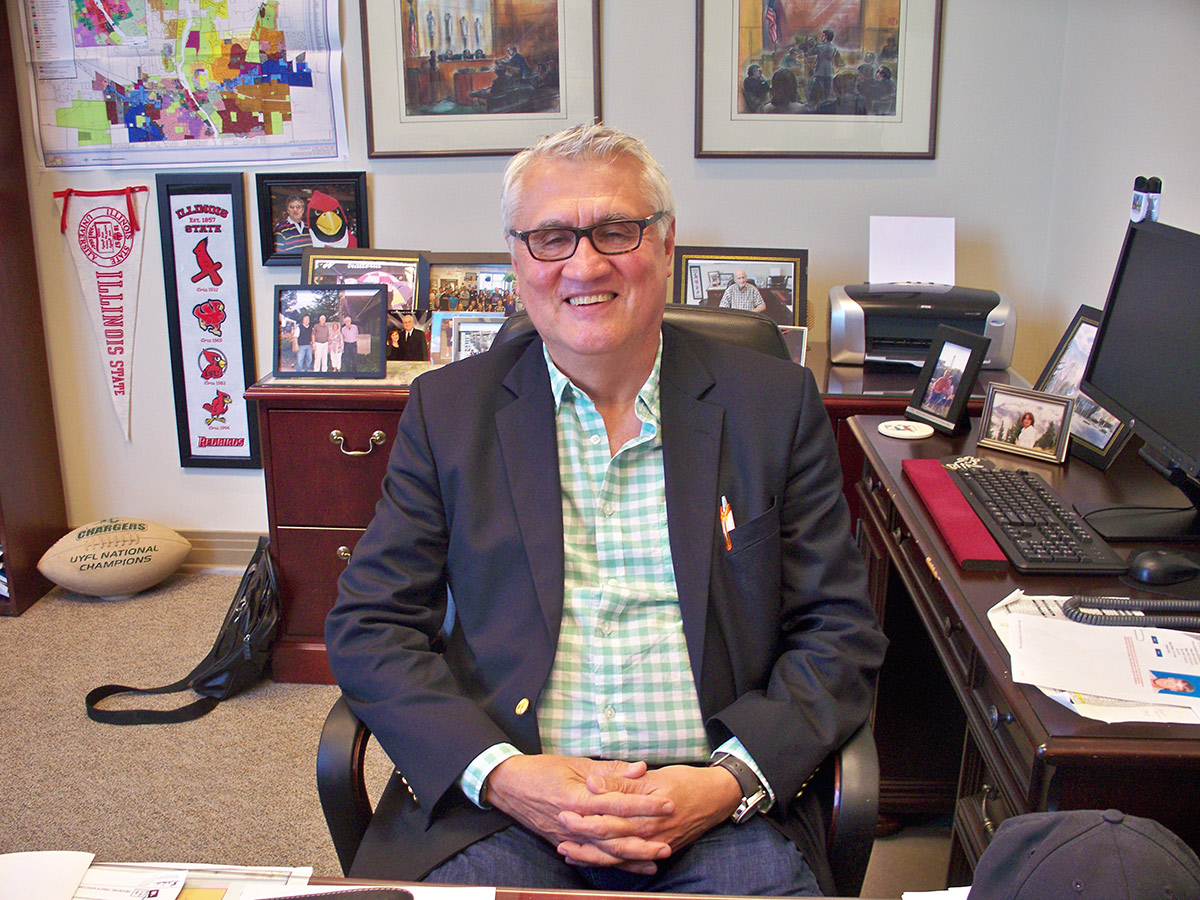 After serving the City of St. Charles as an elected official for 10 years, Mayor Raymond Rogina has announced he will not seek a third term as mayor in the April 2021 Consolidated Election.

“This early announcement is done with succession in mind so those eager to vie for the Mayor’s Office have time to provide thoughtful consideration and development of their candidacy,” Rogina said. “I look forward, in the remainder of my term, continuing to guide the City, with my colleagues on the City Council, to a conclusion of the ongoing pandemic and development of worthy projects already in concept stage.”

Rogina was elected mayor in 2013, after serving as Alderman for Ward 3 from 2011-2013. Prior to that, Rogina was a department chair in Business Education and instructor in Law and Economics at St. Charles East High School for more than 30 years.

“I am so fortunate for having had the opportunity to serve this community that I love for so long and in so many different roles,” Rogina said. “I have met so many people in my tenure as an elected official, including encountering former students who are now in leadership roles. And I have thoroughly enjoyed being an unabashed cheerleader for St. Charles. The enrichment I have derived from my role as Mayor is beyond description.”

“St. Charles remains my home. I look forward to seeing everyone around town.”