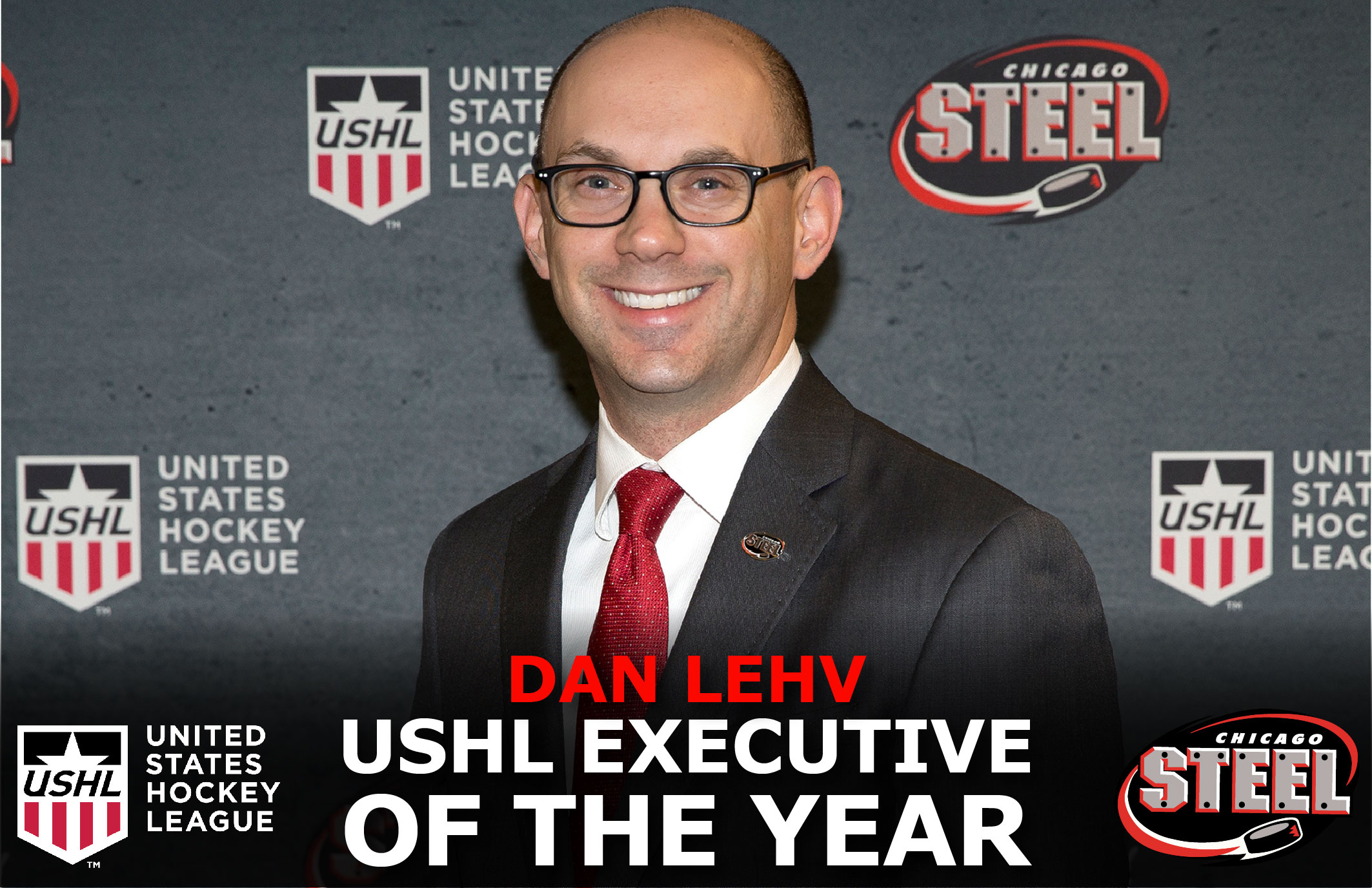 Lehv was named President of the Steel in August 2015 and has overseen the resurgence of the organization since Larry Robbins purchased the team prior to the 2015-2016 season.

“Dan is an accomplished executive, a tenacious worker, a selfless leader, a humble and kind teammate, a terrific ambassador for our league and a true friend and partner to me and everyone involved in the Chicago Steel,” Said Larry Robbins, Steel Owner.  “Dan’s commitment to the fan experience, the well-being of our players and families and the broader Chicagoland community have enabled our franchise to continue to grow and excel in the USHL while preparing our players and staff for continued success as they move forward in their athletic and professional endeavors.”

Under Lehv’s leadership, the team has improved in virtually every area of the operation including a 47% growth in average attendance since the 2015-2016 season and an increase in greater than 100% in total revenues.

“I’m proud to accept this award which serves as a reflection of the efforts of our entire staff and the commitment and support of our owner,” said Lehv.  “The progress we’ve made over the past five seasons both on and off the ice is truly remarkable and is the product of great teamwork and collaboration.  The fact that my peers chose to honor me with this award is most gratifying.”

In 2019-2020 as the Steel captured their first Anderson Cup Championship, Lehv guided the team to its fourth consecutive season of increased average attendance. At the time the season was canceled due to COVID-19, the Steel were on pace to achieve record ticket sales in all categories.

This past season marked the team’s 20th season, and Lehv led the team’s efforts to commemorate the milestone including the development of a special 20th Season logo and design of special jerseys, plus several promotional nights and giveaways.

Lehv spearheaded Chicago’s participation in the inaugural Frosty Cup in Dallas, TX which included an outdoor game at the Cotton Bowl, home of the 2020 NHL Winter Classic.

When the USHL season was canceled, Lehv created the team’s Fan Connection Series as a way for the Steel to engage with new and existing fans during a state-wide shelter-in-place order.  The series of webinars included content designed for different audiences and featured Steel staff, players and alumni.

Lehv has been actively involved with the USHL, representing the team on its Board of Directors and currently serving on the League’s Executive Committee, Schedule Committee and he is chair of the Investment Advisory Committee.

The award, named in honor of Dave Tyler, whose leadership and dedication was key to the USHL and junior hockey in the United States, is annually presented to an executive from a USHL Member Club to recognize the efforts and contributions to his or her organization.  It is voted on by USHL Member Clubs.