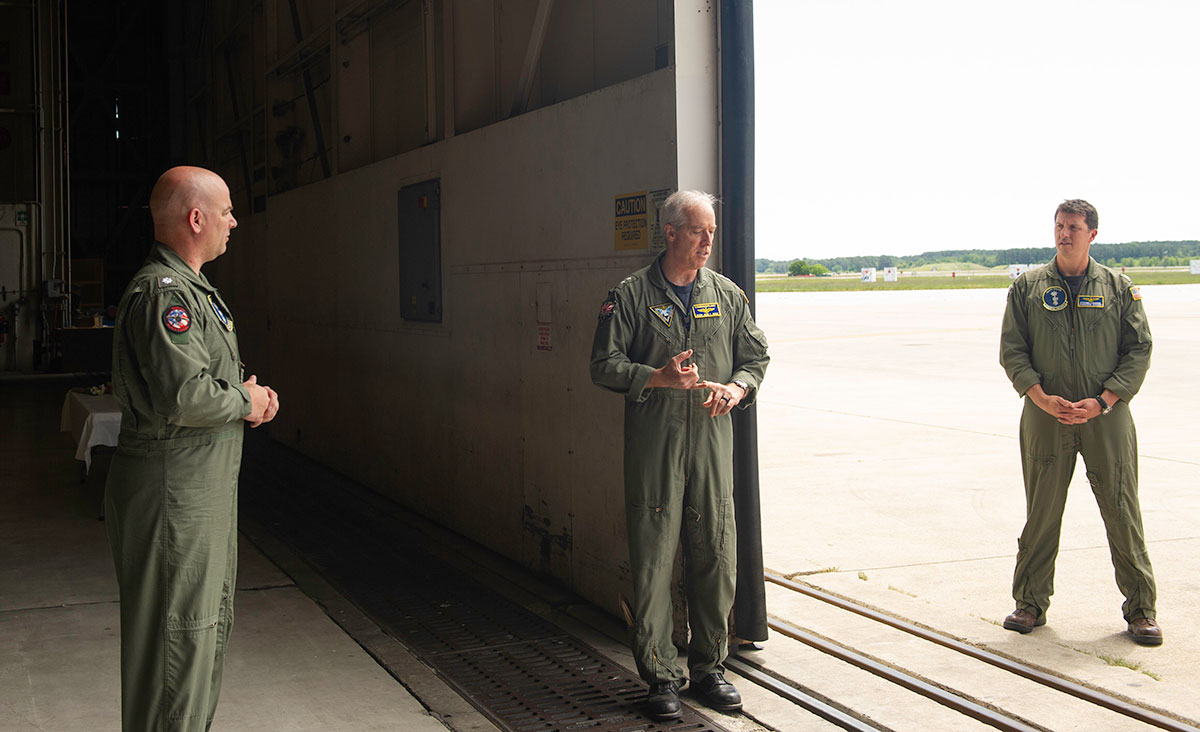 After the aerial portion of the ceremony, Cmdr. John Ciganovich, from Naperville, Ill., reflected on his command’s accomplishments prior to being relieved by Cmdr. Stephen Lamoure.

Rear Adm. John Meier, Commander, Naval Air Force Atlantic presided over the ceremony to recognize the important impact FASCSFAC VACAPES has had on the Atlantic Fleet under Ciganovich’s leadership.
One of Ciganovich’s focus areas during his tenure was recognizing the Sailor-centric contributions of each and every team member who supported their command’s overall mission to provide experience, training, and proficiency opportunities across the Atlantic fleet.

“FACSFAC VACAPES is the heart and soul to ensuring fleet training on the Eastern seaboard is accomplished. Our Sailors are the most professional force I have ever served with,” said Ciganovich, who lead his command from December 2018 to May.

Ciganovich added the command’s successful training integration over the past two years was in large part to the men and women dedicated to the mission.
“Our Sailors were laser-focused on Sailor advancement that outpaced that of the Navy average, and it was the underpinning of the command’s success in earning back-to-back Retention Excellence Awards,” said Ciganovich who added our Navy personnel remains our greatest resource and key to our nation’s defense.

Lamoure, who previously served as the command’s executive officer thanked Ciganovich for his leadership.

“It is an absolute honor and privilege to have the opportunity to take command of Fleet Area Control and Surveillance Facility, Virginia Capes,” said Lamoure. “The GIANT Killers’ stand ready to provide continued world class support to our U.S. Atlantic Fleet and Joint Forces in the more than 112,000 square miles of special use operating areas and training ranges.”