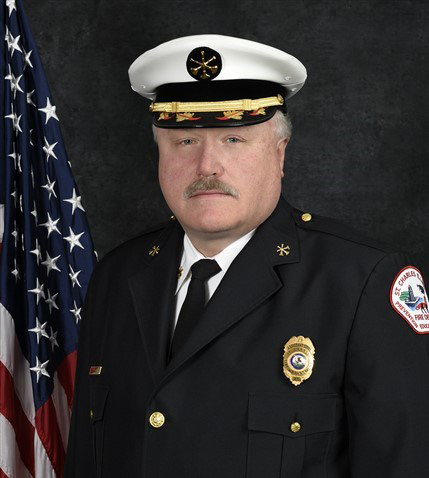 Swanson Served the Department for More than 30 Years, Most Recently as Acting Chief

Scott Swanson will be appointed Fire Chief of the St. Charles Fire Department, effective April 27, 2020. Swanson had been serving as Acting Fire Chief since October 2019, when former Chief Joseph Schelstreet retired. Swanson will be  sworn in at the April 27 City Council meeting.

Swanson joined the St. Charles Fire Department full-time in 1988. He was promoted to Lieutenant in 1992, Captain in 2003, Battalion Chief in 2009, and Assistant Fire Chief in 2013. Swanson also previously served as Acting Fire Chief in 2007, during the transition between previous fire chiefs.

“Scott has provided exemplary service to the St. Charles Fire Department and the community for many years,” said City Administrator Mark Koenen. “He has shown he has the skills and abilities to effectively lead the department now and into the future.”

As Fire Chief, Swanson will maintain the high quality of fire and emergency medical services for the St. Charles community, oversee the Tri-City Ambulance Service, represent St. Charles on the Tri-Com 911 Board of Directors, and work collaboratively with neighboring fire departments and other emergency services agencies.