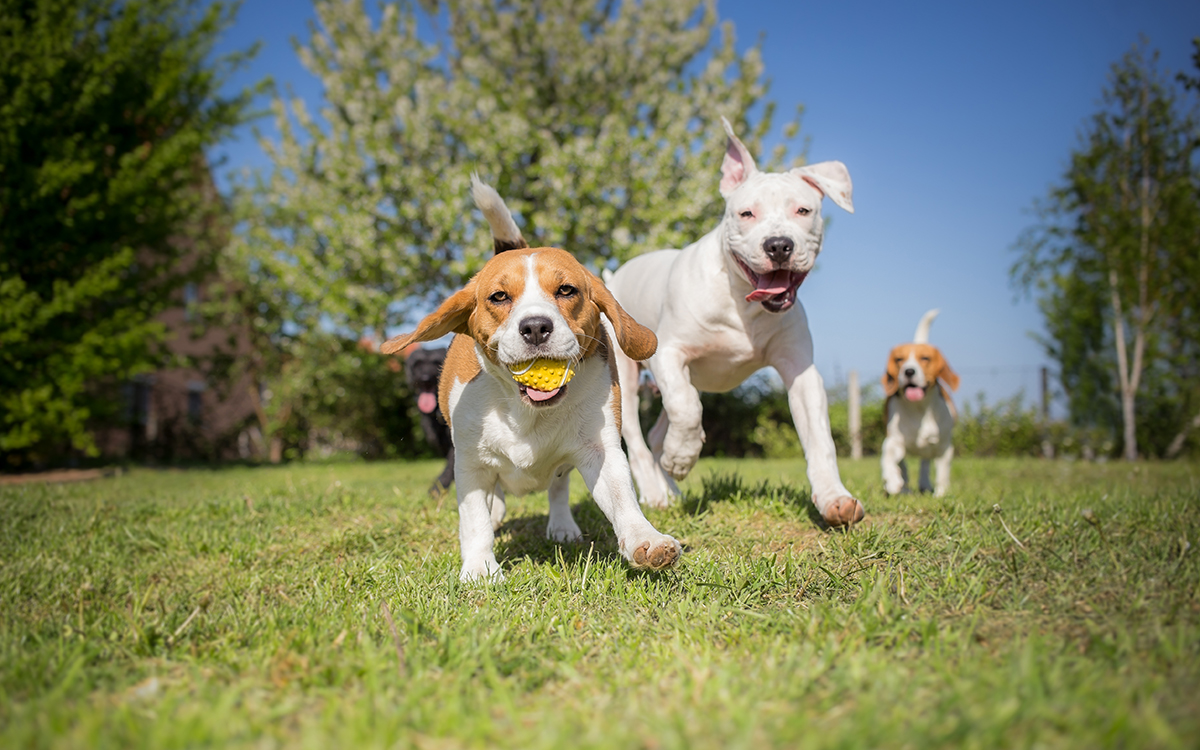 As the pet industry grows, we are starting to see Dog Daycares everywhere.  It seems people are trying to get in on the action anyway they can.  I can honestly tell you, not all Dog Daycares are the same, there are plenty of terrible ones that only care about profit or are run by people that shouldn’t be caring for your dog.

Dog Daycares aren’t a new concept, they have been around since at least the 1990’s.  They basically share the same concept as child daycares, you drop your dog off while you work or some other reason and then pick them up at the end of the day.  Unlike child daycares, dog daycares don’t have regulations, there is no standard.  Some countries are passing regulations as Dog Daycares become popular.  in the US, that isn’t a thing yet.  There are plenty of Organizations that are trying to create a standard like International Boarding and Pet Services Association, Dog Gurus or the Professional Animal Care Certification Council.

There are plenty of facilities across the country who are good and are doing some really cool things while your dogs are at daycare to keep them active and engaged to truly tire your dog out. Let me explain the difference in tired.  Dog Daycare can be enjoyable or it can be miserable for your dog.  Imagine you are hiking in the woods, you go for a long time, you are tired at the end, but it’s a good kind of tired, you feel pretty good with all the exercise you got.  The other side of tired is, you are traveling someplace and have been delayed or had some layovers.  At the end of the day, you are groggy and tired, but it doesn’t feel good to be that kind of tired.  That is how Dog Daycare can be for your dog, it can be a good kind of tired or a stressful, over stimulated, scary not so fun tired.

Daycare isn’t for every dog, some dogs enjoy it, and like humans, some dogs just don’t like all the commotion and prefer to be alone or in quieter settings.  Some dogs even grow out of daycare, they just don’t enjoy it anymore.  Many Day Cares are not set up to handle dogs that don’t enjoy daycare or dogs that grow out of it, but they take your dog anyway so they can have the sale or the facility doesn’t know any better.  You basically are paying to stress your dog out sometimes and don’t even realize it because the facility isn’t telling you.

So what makes a good Day Care?  Some of the better Day Cares I have seen don’t have big groups of dogs together in one room.  They separate dogs based on size and temperament, there are exceptions to everything.  Sometimes older big dogs like to be with smaller dogs because it’s more their speed than a young German Shepard dog for example.  Every facility should do a temperament test to make sure your dog can handle being in situations with other dogs and not get hurt or hurt other dogs.

A very good daycare I have seen, requires that your dog come the same days every week, whether it’s once, twice, three, four or five days a week, you have to come on only those set days.  Why would they do that?  When a new dog is introduced to a group that has been together for awhile, it can cause tension and create some anxiety throughout the group.

Just like if dogs have been together all morning, then a new dog is introduced in the afternoon.  It can really mess up the group because this new dog is bringing a lot of energy while the group that has been there all morning is tired from playing.  They become grumpy just like humans which can show it self in barking, growling, biting or some thing similar.  With dogs coming the same days and times, the human handlers and dogs get comfortable with each other and the human handlers know what dogs are coming and how they are.  It isn’t a guessing game.  It also helps the facility know how to staff for the day when everyone comes consistently.   The facility doesn’t overstaff or understaff.

Can dogs ever be introduced if the group has been formed?  Of course, it just has to be done slowly and give time to each side to get used to each other.

Another thing to consider is the human to dog ratio, the accepted standard is 1 human per 10-15 dogs, this is not a rule and many facilities don’t follow this.  They could have 1 human to 25 dogs or more. Why this is important is because if something does break out like a fight, if your facility of understaffed, things can get ugly really fast because the fight, in this instance, doesn’t just involve the dogs fighting, the energy in the room changes and you could have more dog participating just because that is what the energy of the room is.

This brings up another good point, make sure your facility requires staff to have some kind of training from a reputable source.  Things are always changing concerning working with dogs, something you learned last year may not be accurate, or maybe something came out during the year that is new to working with dogs.  You want staff to be up-to-date and know what’s going on in the world of dogs.

You have a lot of choices now for who takes care of your dog.  Lots of choices doesn’t mean they are quality, just like you wouldn’t send your child to a dangerous place, the same goes for your dogs.