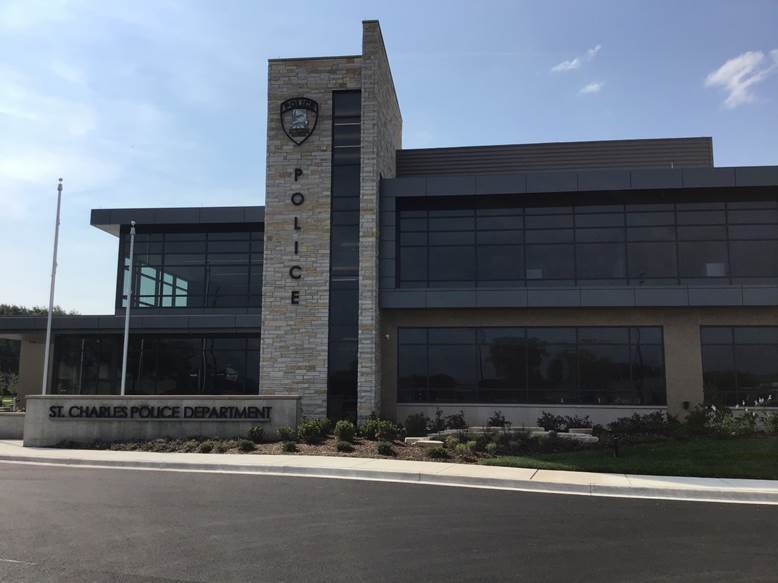 The new 56,000 sq. ft. facility sits on 6.5 acres and replaces the former police station at 211 N. Riverside Ave., portions of which date back nearly 100 years. The City broke ground on the new facility in July 2018, and the $24.6 million project was completed ahead of schedule and under budget. The new facility will support the City’s policing operations for the next 50 years.

“The completion of this project is the direct result of the hard work and dedication of the entire project team,” said St. Charles Chief of Police James Keegan. “The City of St Charles, our residents and staff have a modern, efficient and 21st century police facility that the entire community will use and benefit from for generations to come.”

The public will be invited to an official dedication ceremony and open house Nov. 9, complete with tours of the facility. More information to come closer to the event.

After many retrofitting attempts over the years, the former facility at 211 N. Riverside Ave. finally reached the end of its useful life as a police station. The City Council has not determined a future use for the property.