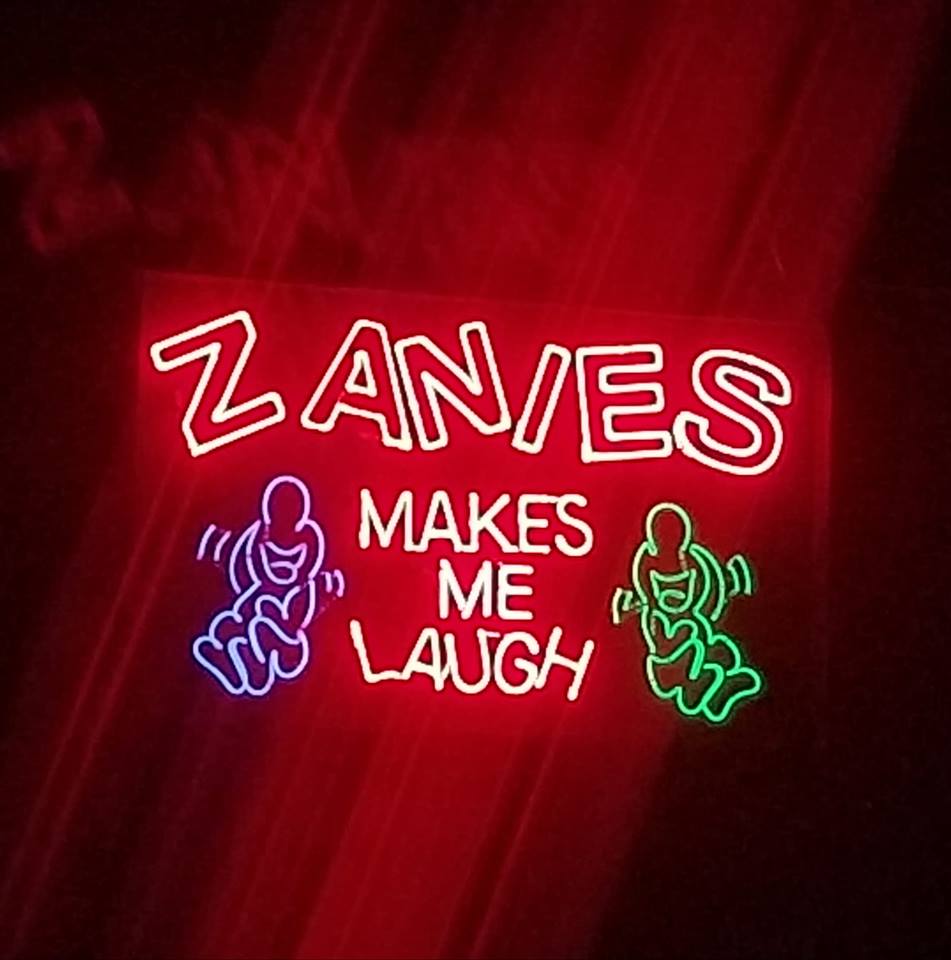 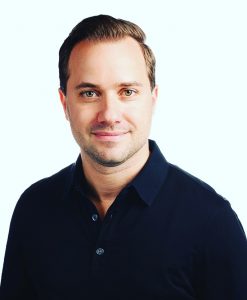 Vince Carone who has been described as “A ranting blue-collar rep for America’s true voice” is coming off his 4threlease “I Plead the First” (2017). Performing since 2001, Carone, who is no stranger to the comedy scene, has become known for his fast-talking, quick-witted, over-the-top rants, combined with a dominating stage presence. His ability to rattle off more material in one show than most could do in a weekend is what keeps the crowd engaged during his verbal assault. Carone refuses to relent until he steps off the stage. The chaotic, cathartic, complaints by Carone are summed up by his own public service announcement: “Better check the Doppler, there’s a sh*t-storm coming your way!”

Based out of Chicago, he spent years finding his comedic voice while ranting and complaining on stages across the country. Success throughout his standup career has led him to Internet success “So You Have a Girlfriend”, and his four comedy albums “Now Will You Wear a Condom (2007)”, “Thanks For The Clap (2009), “No Complaints (2014), and I Plead the First (2017)”. 17-years into the business with four albums under his belt and a drive to continually deliver fresh, new material have made Vince Carone a must see. The 35-year old comedian is starting to heat up and shows no signs of slowing down. 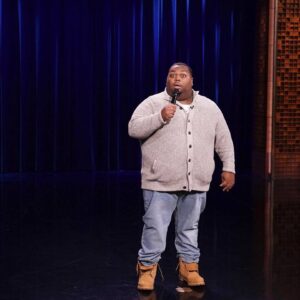 Ouzts is still a young comic, but his appealing history – which is full of terrible jobs, like being a waiter at IHOP – and loads of self-doubt give this natural talent plenty of fodder for his act.
Comedian Leonard Ouzts, a native of South Carolina and current resident of Chesapeake, Virginia has been funny as long as he can remember.  A young man that grew up in the country life of the south says that is what keeps him humble and allows him to appreciate the finer things in life.  In high school, Leonard enjoyed playing football and during a road trip from the State Championships is when he knew he’d found his calling.  Leonard joked everyone on the bus ride the entire time.

Leonard was mentored by great Comedians such as Micah “Bamm Bamm” White, Bodacious, Angus Black, and Alycia Cooper.  “My mentors have all taught me a ton of good information and always pick up the phone when I call,” says Leonard.Leonard started doing comedy on a broader level in 2001 and began hitting the stage locally, then traveling the region.  His act is primarily centered around everything from family, to current events, and the things he notices while walking down the street.  Leonard takes an approach to comedy that is real and thought provoking all while having his audience spill over in laughter.

Leonard has goals to entertain all across the country and take comedy by the horns.  His long term aspirations include acting, major tours, and possibly writing a book about his experiences. “I love entertaining, but what I found most gratifying is when I was 18 years old and performed a 5 minute set in a club in front of 125 strangers.  At the end of the show, a 47 year old gentleman told me he lost his job and his home, but all my jokes somehow made him forget all that.  That will stay with me forever.” 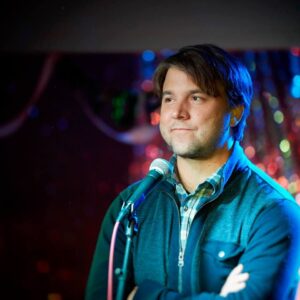 Andy has appeared at many comedy festivals and contests including, the Bridgetown Comedy Festival, The Maui Comedy Festival, Just For Laughs Comedy Festival in Montreal, and The Great American Comedy Festival.  He has been featured on the nationally syndicated Bob and Tom radio show, and was a semi-finalist in CMT’s “Next Big Comic”.  He won the Best of the Midwest Competition at Gilda’s Laugh Fest in 2010.  He has 4 comedy albums all in rotation on Pandora, and Sirius Satellite Radio.

Andy is a resident of Chicago, where he was named one of four comedians to watch by the Chicago Tribune. 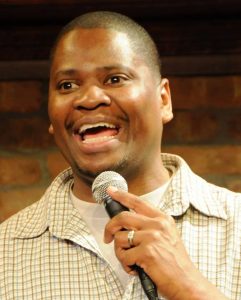 Don’t let the innocent face and the shy smile fool you RALPHIE ROBERTS is a comedian ready to make you laugh.

Born into the inner city life of Chicago but now living in the minivan hungry suburbs RALPHIE has a very dysfunctional view on life that he loves to share with his audiences. Whether it’s about his past relationships command of the English language job status or performing one of his many parody songs of popular music RALPHIE ROBERTS makes fun of it all because to him LIFE IS A JOKE.

Some of the comedy clubs RALPHIE has frequently performed at includes Zanies, the Improv Funnybones in Columbus, Toledo Orlando and Des Moines the Comedy Café in Milwaukee he has performed at a number of colleges including Bradley University the University at Buffalo as well as other clubs and colleges all over the Midwest. 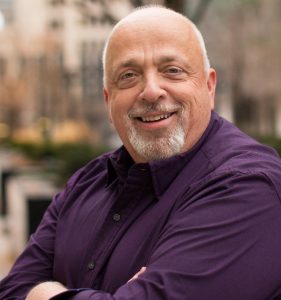 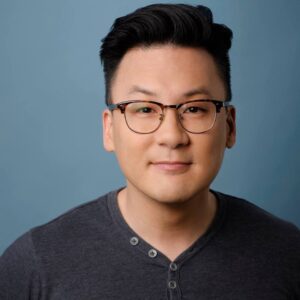 Eliot Chang has recorded two 30-minute Comedy Central Half Hour specials, and is known for his comedy videos where he destroys audience hecklers. No stranger to TV, he has also been on Chelsea Lately on E!, AXS TV’s Gotham Comedy Live, and has appeared on both Showtime and HBO.

Eliot has toured his stand-up across over America, Europe, and Asia. His Youtube channel, “EliotChangOfficial,” has millions of views and has spawned multiple viral video hits.

Based in Los Angeles but originally from New York City, he studied improv at UCB in NY and with the Magnet Theater’s legendary Armando Diaz. 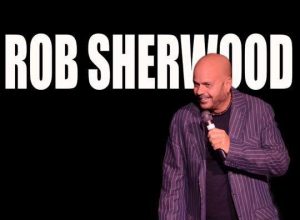 ROB SHERWOOD was born in New York and is presently living in Las Vegas. He has been doing standup for ten years and has developed a charismatic stage presence that captivates audiences locally as well as those on the road. A variety of life experiences have given the comic material to draw from for his act. Playing music was ROB’sfirst show business love. He is an accomplished drummer and joined his first band at the age of 11. ROB also spent many years behind the scenes as a light and sound technician. His likeability, talent, and humor made him a favorite with coworkers and stars alike. The backstage experience has given him a unique comedic insight to show business on the Las Vegas Strip. The lighter side of Las Vegas culture (aka. smoking, drinking, and gambling) is explored on stage and appeals to folks all over the country. ROB is married with four children in all shapes and sizes. He easily relates to the audience with his family material. The audience laughs at him, with him, and most importantly at themselves as well. The comedian always has an opinion on topical issues and current events. His twisted viewpoints are entertaining and popular with all ages. ROB SHERWOOD loves performing before live audiences and the audience loves his performance. ROB is also currently the host of the syndicated radio show, Coast to Coast from Las Vegas. The talk show offers a variety of sports professionals, comedians, and a wide range of entertainers, whose conversations attract male and female listeners alike. Coast to Coast with ROB SHERWOOD and his easy conversation is both a hit with guests and his audience. ROB SHERWOOD, sports, and entertainment, it’s a beautiful combination.