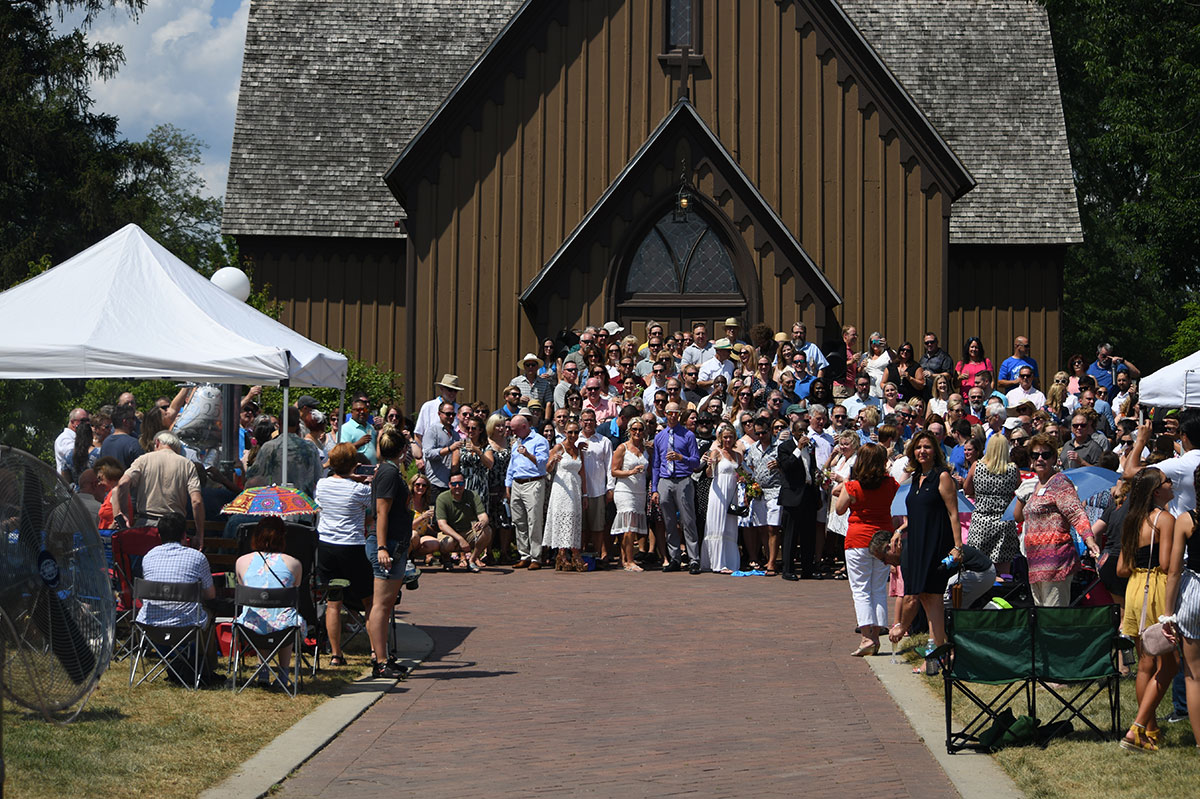 The celebration commemorated the building that started it all. In 1969, a group of volunteers banded together to rescue a local gem, St. John’s Episcopal Church, from demolition. Through grassroots fundraising, the group, now known as the Naperville Heritage Society, saved and relocated the building to the grounds surrounding the museum as the Martin Mitchell Mansion. More buildings followed suit, creating the museum Naper Settlement. The church became Century Memorial Chapel, and thousands of couples have been wed there in the last fifty years.

The couples, joined by their families, participated in a group vow renewal, commemorative photo experience, refreshments, and more. The ceremony was led by longtime museum partner Rent-A-Rev Jim Rehnberg, who originally wed many of the couples in attendance. Their love stories and wedding photos will become permanent artifacts in the museum’s more than 80,000-piece collection.

The longest married couple attending the festivities, Peter and Nancy Yonker (married in 1972), are the son and daughter-in-law of Peg Yonker, a founding member of the Naperville Heritage Society.