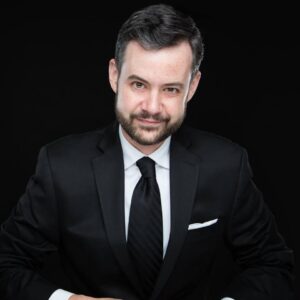 Kevin made his network TV debut on The Late Show with David Letterman in November of 2013 (after which he was hired as a warm-up comic for the show), and he currently appears every week on truTV. 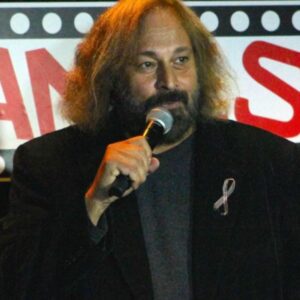 VINCE started his comedy career, at the now defunct Comedy Cottage in suburban Chicago, in 1982. He quickly became a regular at the local clubs, and then, worked his way throughout the U.S. During the years that followed, VINCE performed for ZANIES, THE FUNNY BONE, THE IMPROV, CATCH A RISING STAR, and FUNNY BUSINESS, among many, many, other clubs.

Some 350 clubs, nightspots, one-nighters, honky- tonks, gin-joints, and over 10,000 shows later, VINCE is still going strong. He is among the quickest witted comics in the business, with his shows consisting of “everyday” occurrences and audience dialogue. Upon seeing VINCE again, people often tell him that they thought of him the other day, as one of his observations actually came true in their lives. 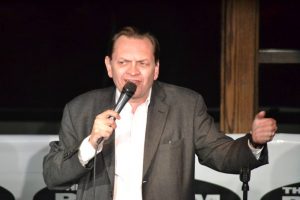 Known as UNCLE LAR’, LARRY REEB is the wise-cracking black sheep, politically incorrect relative everyone knows. Like any concerned relative UNCLE LAR’ wants to help. So in his own twisted way he does. He gives you “tips”. UNCLE LAR’ offers tips on everything from marriage to lotteries to children. Always topping them off with, “That’s a tip from your UNCLE LAR’.”

REEB is a strong, distinct, classic character, with sarcastic attitude and a sardonic wit. He conveys his concepts with rapid fire one liners. “It’s a sick world and I’m a happy guy”, REEB proudly announces after stating his particularly twisted observations. REEB didn’t invent obscene phone calls or adultery, but he makes his living talking about them. In a perfect world UNCLE LAR’ would be unemployed.

Where others cringe, REEB thrives. His sharp wit was custom built to handle hecklers. During a performance a regretful drunk once shouted “talk about sex.” Larry retorted, “your parents shouldn’t have had it”, and of course capped it with, “that another tip from your UNCLE LAR’.”

UNCLE LAR’ is a regular on “The Bob & Tom Show”, syndicated in over 100 markets. LARRY has been voted Chicago Comedian of the Year, and has made numerous television and radio appearances.

His tips are tops. his inflections infectious. And the fans are fanatics. REEB’S cult-like clan can’t get enough. Whether he’s headlining comedy clubs, colleges or conventions, his wit is universally appealing. Relatively speaking, everyone travels from everywhere to see their UNCLE LAR’. 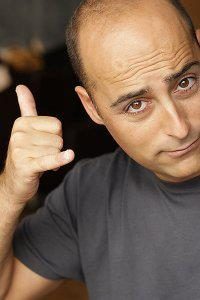 If you missed Cash on Fox Sports or haven’t bought his newly released comedy CD, TIDBITS, you’re probably familiar with seeing his show on Comedy Central’s Premium Blend. Cash can also be heard daily on XM Radio, Sirius Radio and has entertained on the Bob and Tom Show. When Larry Gelbart (creator of the hit TV series M.A.S.H.) saw Cash’s show at the Hollywood Improv Larry told him “ I love your work” and a week later Cash was cast in the ABC pilot entitled The Larry Gelbart Project. Cash has worked with such great acts as Chris Rock, George Lopez, and Tim Allen. He has been playing to sold out comedy clubs around the country for over 10 years and just finished a world tour for U.S.A. Armed Forces Entertainment.