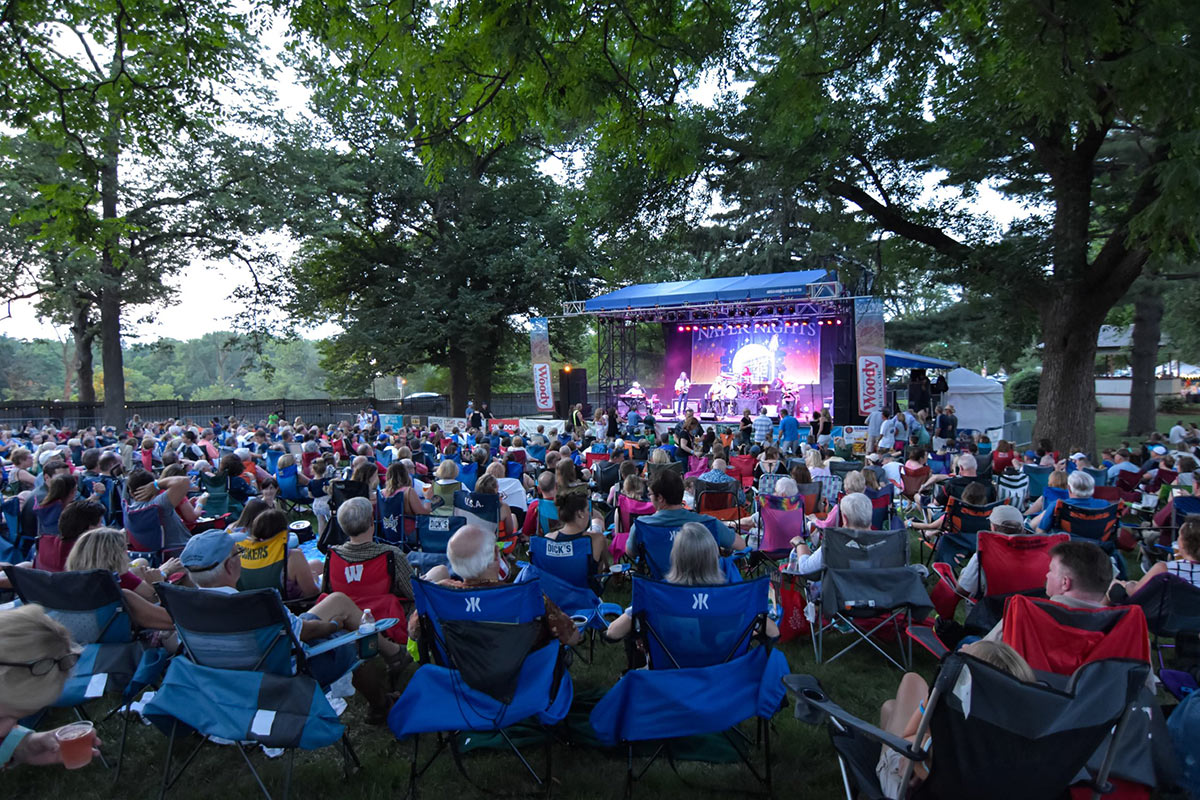 In conjunction with the Naperville Heritage Society’s 50th Anniversary, Naper Nights returns to Naper Settlement on July 19 & 20 from 5-10 p.m. with a line-up of tributes to Billy Joel, Van Morrison, David Bowie, and Pink Floyd.

The popular summer concert series invites the community to experience the history of rock with craft brews and wine, delicious food, and music for the generations in June, July, and August (16 & 17).

July 19’s list of rockers includes Simply Billy, a Billy Joel tribute, opening for The Belfast Cowboys, a Van Morrison tribute. July 20 pays tribute to a major milestone in American history, the 50th anniversary of the moon landing. Featuring Space Face, a David Bowie tribute, opening for Think Floyd USA, a Pink Floyd tribute, this galactic line-up will include Think Floyd USA playing the chart-topping album “Dark Side of the Moon” in its entirety.

Each night, all tips collected at the beverage tent benefit a local organization. Tips on Friday benefit Alive Center and Saturday’s tips will go to New Start Dog Rescue.

The concert kicks off each night at 5 p.m. Tickets are $15 adult, $10 youth. Members and children under 4 are free. Grab your tickets at NaperNights.org!