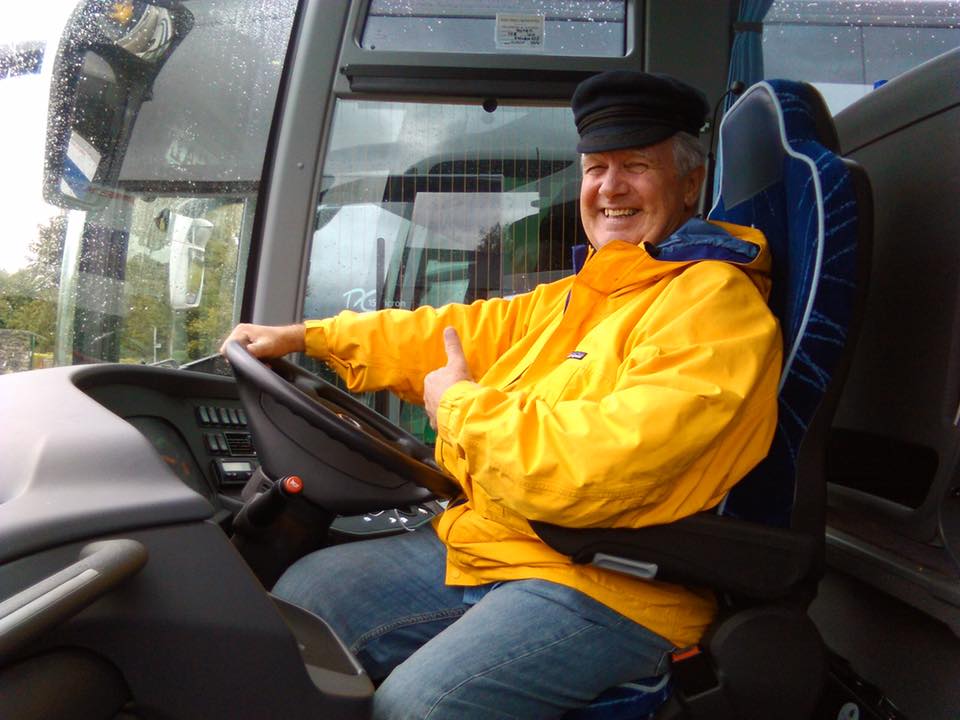 I’ve always been a huge fan of Roddy Doyle ever since I first read the Barrystown Trilogy of The Commitments, The Snapper and The Van. Three great stories written in the Dublin vernacular by a schoolteacher who had, no doubt, heard it all. Roddy went on to achieve great acclaim for his writing , winning  the 1993  Booker Prize for his novel Paddy Clarke Ha Ha Ha and the British Academy of Film and Television Award for Best Adapted Screenplay for The Commitments..I’ve followed his newspaper columns , his Facebook page and was always rewarded with a laugh or sometimes just food for thought as he tackled some of Ireland’s social problems in his own Dublin way..

A few years back my kids bought me a book for Christmas called Two Pints and it was a series of conversations between a couple of men at a Dublin Pub, it was funny stuff and began as a conversation on Roddy Doyle’s Facebook Page which eventually led me to the news that it had been adaptred for the stage and directed for Dublin’s Abbey Theatre by Caitriona Mc Laughlin and after a tour of Pubs in Ireland it was coming to Chicago’s Shakespeare Theater. I was able to secure tickets before it totally sold out. It ran from March 6th to March 31st.and it was everything that I expected, it was brilliant to listen to two great Irish actors speak the words that beforehand were only printed. It was special to eavesdrop on the lads at the bar as they chatted away about love, loss and whatever auld shite that came up in the banter between them.It’s described as ” achingly , breathtakingly funny ” by The Sunday Independent.
I arrived early and took my seat beside the bar, yes its a real bar, The Pub at the Chicago Shakespeare Theater, what a unique and fulfilling experience. I had been chatting with Philip Judge and his family before the show began, having no idea that he was one of the actors and he, along with Liam Carney were incredibly believable as the two men at the bar.  The pints were real and well poured by Laurence Lowry, The Barman. Loved it and would go back tomorrow.

My gast was flabbered at being asked to be Grand Marshal at the St Charles, St. Patrick’s Day Parade and I totally enjoyed the experience despite the downpour that lasted exactly the duration of the event.

My fall tours are beginning to fill and if you are interested in joining me an our adventures to Greece, Ireland or Italy you can check out the itineraries at www.grouptripsandtravel.com. I’m off to Ireland on May 10th. for the Spring Tour and i can still squeeze a few on if you are in wont of some crazy fun which we all deserve after this horribly long winter.

I’m currently working on groups for 2020 and just a reminder that if you are interested in putting a group of your own together as a fundraiser or as an earner, just call, text or email me. Travel Free and earn $$$$$ with your own group .

Strange that we across the pond spell Theatre with an “re”, and over here it’s Theater with an ‘er”.

It’s a funny old World, come explore it with me.