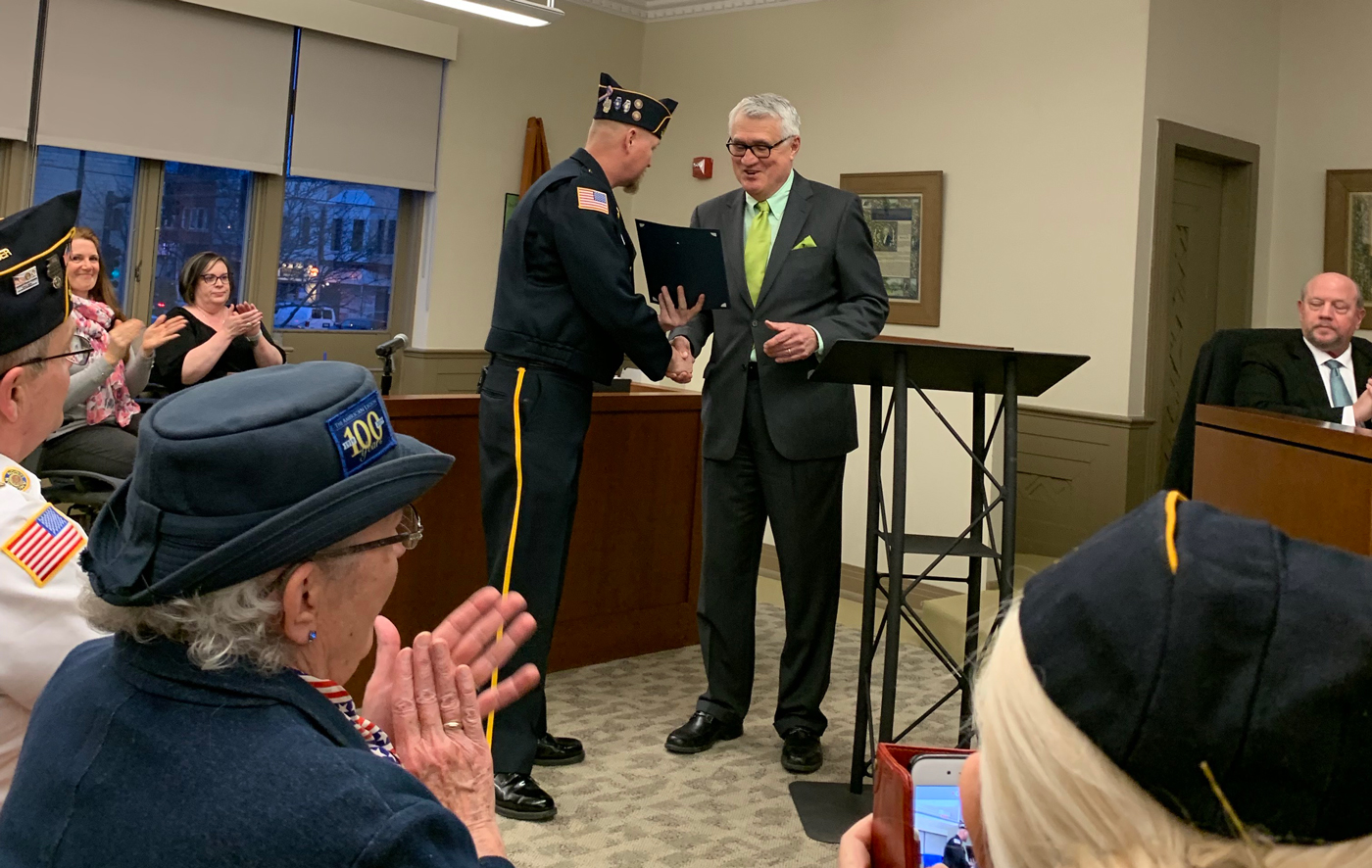 The American Legion is turning 100 and so is St. Charles own American Legion Post 342. The post was chartered in 1919. The organization traces its roots to March 15-17, 1919 in Paris, France, in the aftermath of World War 1. It quickly became an influential force at the national, state and local levels, dedicated to service to veterans, strong national defense, youth and patriotism. Post 342 is among the very first American Legion posts, as its three-digit post number indicates. Post 342 is dedicated to service to Country and community.

The American Legion Post 342 currently finds its home among three other veteran organizations, VFW Post 5036, AMVETS Post 503, Vietnam Veterans of America Post 693 and the Legion Auxiliary at the St. Charles Veterans Center, 311 N. 2nd Street, Unit 109. Weekly and monthly fellowship and dinner meetings as well as special events and workshops are held for all four posts in this central location in downtown St. Charles. The Legion supports many community organizations and funds Legion initiatives like the D303 College Scholarship Program and sponsors veterans’ activities such as the Disabled Veterans Riverboat Cruise.

On Friday, April 5th, the post will mark the kick-off for the year-long celebration by holding a formal dinner for membership and invited guests from 6-10pm at the Henry Rockwell Baker Community Center. The Community Center was an original post meeting location. In 1926, St. Charles benefactor E.J. Baker invited the post and other community groups to meet at no cost in the lavishly-furnished “Community House”, as it was soon called, the first public building in St. Charles. On April 5th, Master of Ceremonies Ron Onesti of Onesti Entertainment and the Arcada Theater will introduce a special video tribute to our local WWII veterans produced in a collaborative project initiated by Post 342.

A year-long calendar of centennial events for the public includes activities to be enjoyed by the whole family like the May 25th Dick Pond Memorial Mile for Vets”, August 3rd WWI Character Reenactment, October 26th “Trick or Treat with the Vets”, September 28th Inaugural Post 342 5K Walk/Run, December 7th “A Visit with the Vets & Santa” and ceremonies like the July 13th 11am “Ring a Bell for a Veteran” at the St. Charles History Museum to commemorate a special veteran in your life.