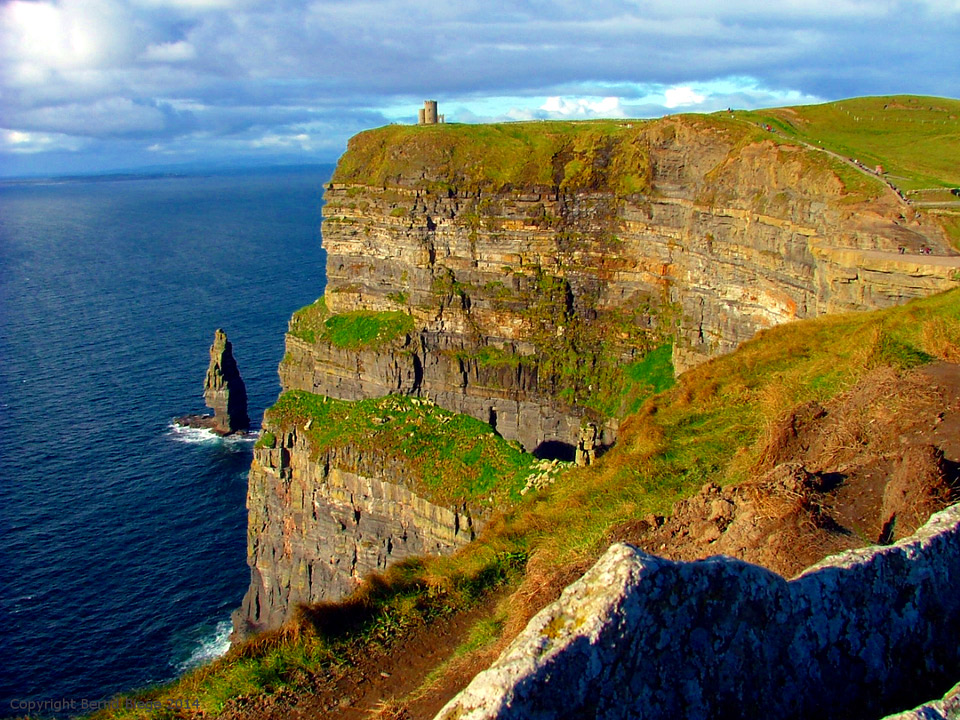 The Downtown St. Charles Partnership are some really smart and savvy people but they can be sneaky too as they surprised me at a podcast recording a few weeks ago and asked me to be the Grand Marshal of this years St Charles, St Patrick’s Day Parade. Of course I said Yes straight away in case they changed their minds, I was equally shocked and honored. I have been the M.C. of the parade for a few years now and I figured this was as good a way as any to get rid of me….. I did say they were smart, but maybe they are also fiendishly cunning…..I’m just kidding, they are a great bunch of dedicated people and I’m really delighted with this great honor for any Irishman. I remember watching our own St. Patrick’s Day Parade in Dublin sitting on my father’s shoulders many years ago never thinking that I would be Grand Marshal of a Parade in St . Charles , Illinois nearly 4000 miles away. It’s a funny old world.

In the last 10 days I have visited 5 Irish pubs, 2 in Wisconsin, 1 in Indiana and 2 here in the Chicago suburbs and I only had pints of water in each of them, There, I said it ! I just had to get that off my chest. All of them fine establishments with lovely looking pints of Guinness but I was presenting Tours to Ireland, Greece and Italy and had driving to do afterwards. Only when the tour presentations are at McNally’s Irish Pub do I allow myself a few pints as I have many transport options there.

McGuinness’s Irish Pub in Appleton Wi. was jam packed and chockablock when I visited for their Irish Heritage Day and between the Pub Stage, the Abbey Stage and the newly opened Harp Room revelers were spoiled for choice.I was really impressed at this Mini but Mighty Irish event . Seanachie Julianne Stans was both entertaining and informative, Connemara’s Lord of the Dance Brian Cunningham was brilliant and there was Ol, Ceol, Bia, Craic agus Culture everywhere. Colm Keegan from Dublin, Joe Cullen from Donegal and Ian Gould from Belfast provided the music and the fear an tighe Matt Miller presided over the whole affair with his usual flair. It was great to see so many people getting a jump on St Patrick’s Day activities in such a great venue. I was there to kick off the McGuinness Pub Tour of Ireland on October 15th.

In Indiana it was Kennedy’s Kitchen at the Fiddler’s Hearth in South Bend. John Kennedy leads this Musical Tour of Ireland on April 26th and the focus is traditional music in traditional pubs. Kennedy’s Kitchen have been playing at the Fiddlers Hearth for years and on the night that I was there a seisiun was  scheduled and was well attended by some really talented musicians.The Fiddlers Hearth is a comfy pub reminding me of Johnny Fox’s in Glencullen and the food is good too. It was great to see my some friends that i have missed since my  Celtic Road Warrior days. Bob Harke and his wife Sherry are going on the trip and Chris O’Brien will be in charge of the Bail Money.  A huge thanks to Carol and Terry Meehan for their hospitality, the Fiddlers Hearth is a credit to them.

A very quick visit to The Irish Patriot Pub and Restaurant in Orland Park to drop off brochures to Fiona and Vincent Tuohy. Vincent’s ” Fighting Irish Tour the Emerald Isle” is going in August of 2020 and takes in the Notre Dame v Navy football game at the Aviva Stadium in Dublin . The Irish Patriot Pub is the south side’s favorite.

Back up to Delavan Wi. for another tour presentation with Belfast Balladeer Ian Gould , Ian’s” Rocky Road to Belfast Tour “, kicks off on October 7th. and takes in Galway, Sligo, Derry, Belfast and Dublin with Ian entertaining along the way. A lovely bunch of people had me wishing that i was going with them.This event took place in Revere’s Wells Street Tavern and though technically not an Irish Pub it had an Irish feel to it and was packed full on several floors for a Monday night. I was mighty impressed by it.

Mc Nally’s Irish Pub in St Charles has been my Tour Meeting Headquarters for many presentations and recently we have hosted “A musical Tour of Ireland with the Dennis O’Brien Band ”  on Sept. 20th. and  Scott and Suzie McKay’s Europe 2019 which leaves on September 28th.and visits Austria, Italy and Switzerland.

Tour information meetings are still to come for my own fall tours to Italy, Greece and Ireland as well as Diane Sheppard’s Hiking Tour to Croatia and Sara Snelling’s Taste of Ireland, a foodie tour.

Octoberfest Tours to Austria and Germany are planned by Crystal Lake Brewery and Hofbrauhaus Chicago. and details of all these tours should be on our website already at www.grouptripsandtravel.com.